MULTI The original Crysis is getting remastered

Can your Nintendo Switch run Crysis? The answer will soon be ‘yes’

The original Crysis is coming to modern platforms — Nintendo Switch, PlayStation 4, Windows PC, and Xbox One — in remastered form. Details of the re-release known as CrysisRemastered leaked on Thursday via the game’s official website, and were later confirmed by Crytek.
Crysis Remastered will bring new graphic features, high-quality textures, and ray tracing to the original game, according to details from the official site. A release date was not revealed. Original publisher Electronic Arts does not appear to be involved in the re-release. We’ve reached out to Crytek representatives for more details.
Crysis was developed by Crytek and first released on Windows PC in 2007, and was ported to PlayStation 3 and Xbox 360 in 2011. The first Crysis was infamous for its hardware system requirements; running the CryEngine-powered game at maximum settings and resolution on PC demanded serious computational power, leading players to jokingly ask “But can it runCrysis?” of new advancements in computer hardware.
The original Crysis told the near-future sci-fi story of Delta Force soldier Jake “Nomad” Dunn who, armed with a super-powered nanosuit, battled North Korean and extraterrestrial threats. The events of the game are set during August 2020.
Update (2 p.m. ET): This story has been updated with confirmation from Crytek.

Just the first one ?

A whole new generation of "can it run Crysis"

Played the trilogy not long ago. Great ultrawide support. No other game from the era holds up as remarkably well as Crysis 1. Proper multi core scaling is lacking though.

If you have a capable gaming PC the sequels don't quite need a remaster at this point. Apart from Metro Exodus, Crysis 3 is still the best looking shooter this gen.

Necrokiller said:
Played the trilogy not long ago. Great ultrawide support. No other game from the era holds up as remarkably well as Crysis 1. Proper multi core scaling is lacking though.

If you have a capable gaming PC the sequels don't quite need a remaster at this point. Apart from Metro Exodus, Crysis 3 is still the best looking shooter this gen.
Click to expand...

few months ago crytek released this tech video in which in the end they showed looks like crysis island in new cryengine, i hope crysis remaster looks like this

I understand them targeting the massive user base of the current gen. but they really should make it ground up for the PS5 and SeX instead.

Radical said:
I understand them targeting the massive user base of the current gen. but they really should make it ground up for the PS5 and SeX instead.
Click to expand...

its not intended for next gen consoles just yet, for current gens only.

I don't see the point in releasing this for current-gen consoles when the next-gen is almost upon us, especially if they want to bring their tech on consoles. A remaster at this time would only be worthwhile on PC I think (at least in terms of tech).

SolitarySoldier said:
I don't see the point in releasing this for current-gen consoles when the next-gen is almost upon us, especially if they want to bring their tech on consoles.
Click to expand...

Same reason why Ghost of Tsushima and Last of Us P2 are not PS5 only games; large user base

SolitarySoldier said:
I don't see the point in releasing this for current-gen consoles when the next-gen is almost upon us, especially if they want to bring their tech on consoles. A remaster at this time would only be worthwhile on PC I think (at least in terms of tech).
Click to expand...

bringing it this gen to make people ready for the sequel of crysis or a reboot on the next gen !

Delayed a few weeks but they did not announce a new release date yet:

Chandoo said:
Delayed a few weeks but they did not announce a new release date yet:

did u watch the leaked trailer ? people have mixed reactions

The new game is headed to Nintendo Switch, PS4, Windows PC, and Xbox One 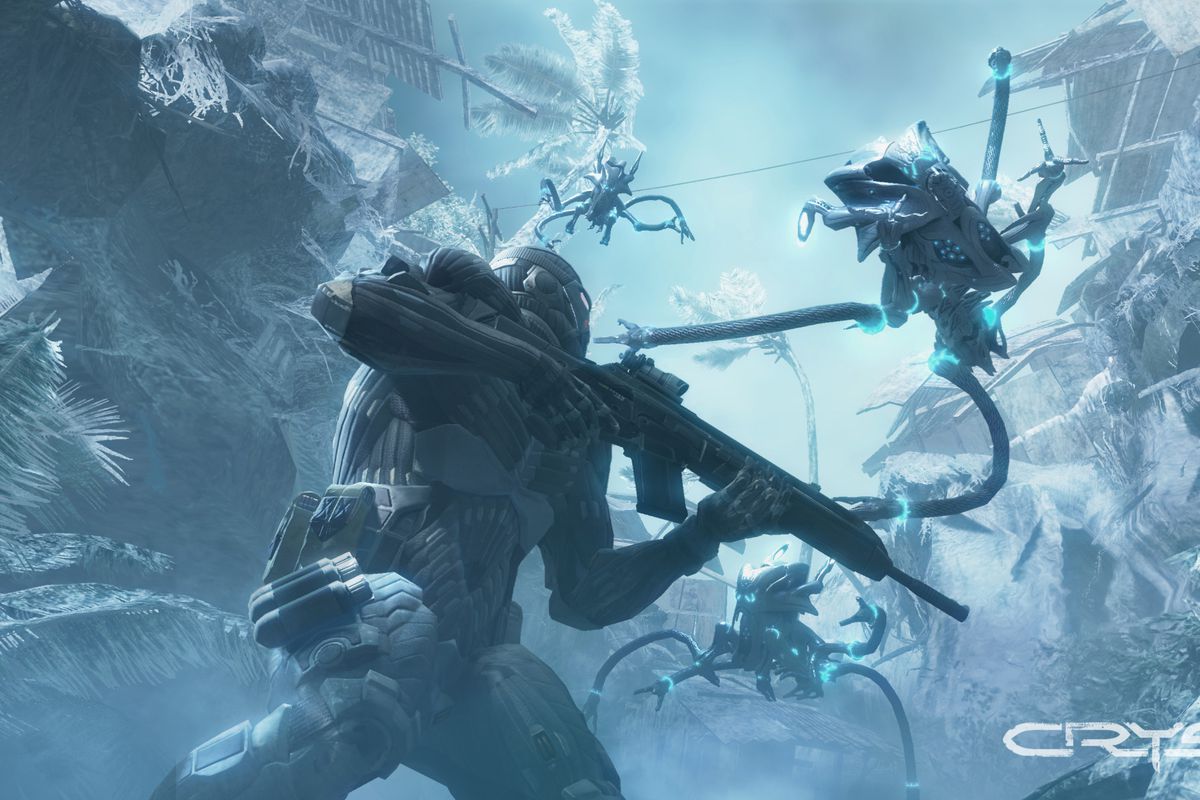 Crytek had been planning to reveal a remastered version of the original Crysis today, but the video leaked a little bit early on YouTube. Fans reacted poorly, and now the reveal — and the game release itself — is being delayed.
The announcement was made Tuesday morning on Twitter.
“Your passion for the Crysis franchise deserves an undeniably high-quality game,” Crytek said in a statement on social media, “and we are committed to delivering just that. To ensure that we meet that commitment, we will need to delay the launch date (all platforms) and trailer premier by a few weeks.”


Crysis came out in 2007 for Windows PC, immediately raising the bar for visual fidelity in video games. The question for any PC build, new console, or really any electronic device with a screen became “Sure, but can it run Crysis?”
Crytek later created two sequels, the last of which came out in in 2013. This remastered version of the first game is headed to Nintendo Switch, PlayStation 4, Windows PC, and Xbox One. No new release date has been offered.


“This extra time until release will allow us to get Crysis Remastersup to the PC- and console-breaking standard you’ve come to expect from Crysis games,” the company added. “We hope you understand what we’re up to — and that you stay with us while we take the time to make a few more improvements.”
Polygon has reached out to Crytek for additional comment.

I saw the leaked trailer. Dont know if it's legit or not, but it was absolutely pathetic. It looked like they just put on a new filter on the old crysis, and that's it. Even crysis 2 & 3 looked tons better than that. The leaked trailer looked dated. I feel a little insulted tbh.

The Land of Hospitality

I think they got the hint with the backlash they received after the leaked trailer. Tbh it looked garbage. Nothing remastered in there. Just a silly mod over the original Crysis. Fans would love to see the latest iteration of CryEngine tech demo which they showcased a few months back. They even took some of the areas from the original Crysis and had it redone to show the new tech. At least they should add those new graphical enhancements and call it Remaster.

I am talking about the following video. Check the areas that are from the opening scenes of the original Crysis.

Crysis Remastered absolutely runs on Nintendo Switch, and it looks like this


Still, getting this kind of lighting and performance onto the Switch is its own kind of magic trick, even if we’re seeing both being done in a scene that so limits your view in this example:

i mean first witcher 3 and now crysis, switch can do it. no matter the visuals are still but getting this outta a switch ! impressive crytek


Crysis Remastered on Nintendo Switch will be released on July 23.


The Switch holds its own 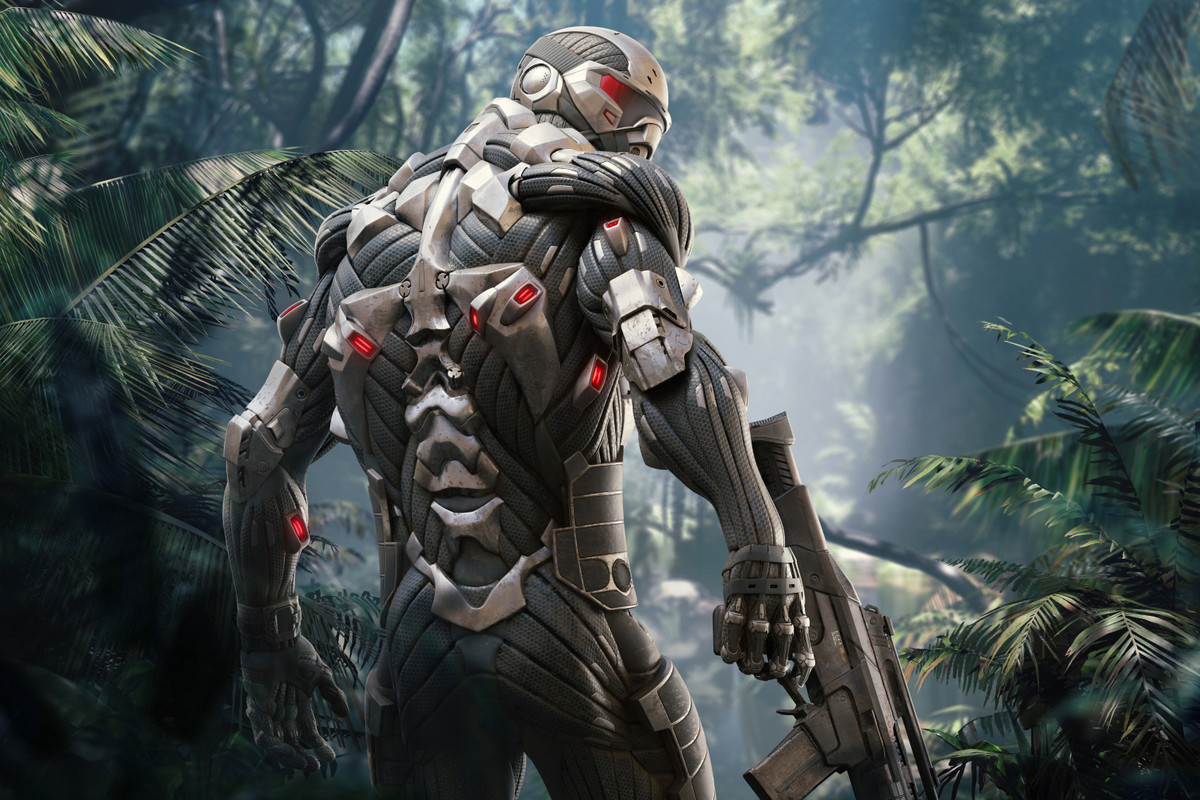 Crysis Remastered has been released on Nintendo Switch, despite the PlayStation 4, Windows PC, and Xbox One versions having been delayed based on negative fan reactions to leaked footage. So how does the game play on the least powerful hardware of the current generation?

Having spent a few hours with the game — code was only sent out last night — I’m impressed with how good this port looks and how much fun the game remains in 2020. The lighting effects in particular, and an impressively wide color palette, help the game stand out in comparison to other first-person shooters on Switch.

The numbers themselves tell the story of what you can expect. Crysis Remastered adjusts its resolution on the fly to try to keep the game running as close to 30 frames per second as possible, running at between 400p and 720p in portable mode, and 540p to 900p in docked mode, according to Digital Foundry.

That doesn’t mean Crytek was successful at locking in that frame rate, though, as the game often drops frames during busy action scenes, or hitches as it tries to keep up with environmental destruction. That means that, in the worst-case scenario, in portable mode, you might be playing a game that briefly has a resolution of 400p while only running at around 20 fps.

But those numbers aren’t everything. The resolution can turn the jungle into mush from time to time, but Crysis Remastered on Switch runs closer to the high end of those values the vast majority of the time. I was sometimes a little annoyed at the frame rate drops and blurry environment, but those moments punctuated much longer sections of play where I was happily hunting my enemies and exploring the world.

There were also multiple moments, even in my limited playing time, where the lighting effects and destructible environments all lined up in a way that was almost stunning to see on the portable.

Crysis Remastered on Switch is a great time, even in portable mode, although investing in a set of these is probably a good idea if you have hands that cramp up playing first-person shooters on Nintendo’s hardware.

Crysis has always been a story-based game with levels that offer multiple ways to get where you’re going, and the variety of tactical options offered by your character’s nanosuit give you even more choices about how you’d like to get things done. I enjoyed returning to this world a lot more than I expected, even when playing what’s sure to be the least visually impressive version of the remaster.

This port isn’t perfect, but no one expected it to be. It delivers what actually matters, though: It’s playable, it’s fun, and it looks pretty damn great compared to other, similar games on Switch.

All the other versions are releasing on Sep 18.

Crysis Remastered gets a new launch date on PC and consoles

Crysis Remastered got a launch date on Friday: Sept. 18, 2020, on PlayStation 4, Windows PC via the Epic Games Store, and Xbox One. The launch follows a delay while Crytek and Saber Interactive punched up the game’s visuals, after leaks of a trailer and screenshots were poorly received.

The ray tracing referenced above will be in versions of the game running on Xbox One X and PlayStation 4 Pro, according to a news release Friday morning. The PC version will support ray tracing on setups using Nvidia’s VKRay Vulkan extension or its line of GeForce RTX graphics cards.


The remaster was originally pegged for a July 23 release, but only a lower-quality Nintendo Switch version launched that day. Eurogamer’s Digital Foundry reported in its technical breakdown that the game was based on the CryEngine 3 remaster for Xbox 360 and PlayStation 3 that launched in 2011.

The original Crysis launched in 2007 and became famous for visual fidelity that pushed the limits of PC gaming hardware of the day. The lackluster, previous-generation visuals seen in the trailer and screenshot leak fell short of that reputation, which Crytek acknowledged in a message announcing the remaster’s delay.

“This extra time until release will allow us to get Crysis Remastered up to the PC- and console-breaking standard you’ve come to expect from Crysis games,” the company said.

The first Crysis put protagonist Jake “Nomad” Dunn in a super-powered nanosuit and faced him off against North Korean and extraterrestrial foes. Coincidentally, the game’s story takes place in August 2020. It was followed by two sequels, the most recent published in 2013.
You must log in or register to reply here.
Share:
Facebook Twitter Reddit Pinterest Tumblr WhatsApp Email Link

Chandoo: It hasn't left early access yet, so its hard to classify as a 2020 issue Yesterday at 11:38 PM
Chat 0
Top Bottom