[UNBOXING] The Last of Us Part II Ellie Edition

Do you like crappy cellphone pictures of expensive Collector's Editions? Well then go ahead!

After pondering to get the Ellie Edition when it was announced, and then later jumping on to secure a pre-order via Amazon when it was restocked, due to the second delay which was announced to be indefinite with no date/time mentioned, Amazon being an asshole cancelled the pre-order.

Afterwards, thinking again to either get it or not, if its worth getting it or not, finally ended up buying from someone at a $50 higher price than the original price. Well, that wasn't bad right? Turns out this behemoth weighs a whopping 8KGs!

My freight forwarding company, even with an exclusive membership program, ended up charging me ~$106, fuck me.

Oh well, enough rambling, check out the pictures, might re do the whole take when I get the DSLR. Already own the standard edition of the game digitally, so also might end up selling the discs only and keep the steelbook and the other stuff.

Quality wise, all stuff is top notch, bag quality still needs to be checked, the statue is of good quality material (can't really comment on it more as I'm not a fan of statues and this is first one I ended up owning).

Ellie's face indeed looks bad, it looks more like a miskeen street artist who has done enough meth and is performing at the corner of the street to scrape up money to get that sweet blue meth.

My 2 rupees were already given about the game, for those who may not have seen it, final rating of the game from me was:
.
.
. 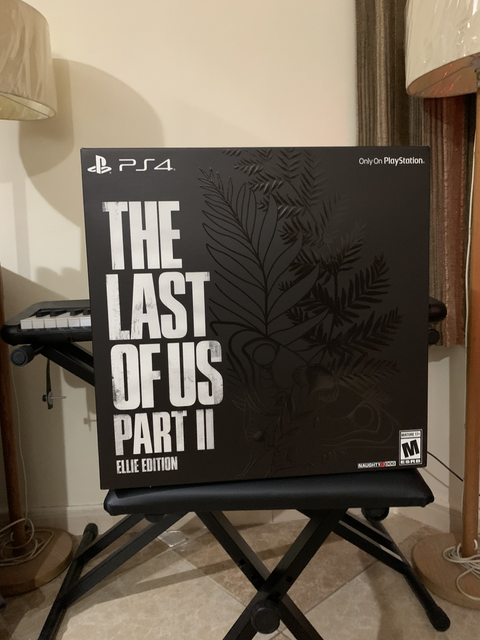 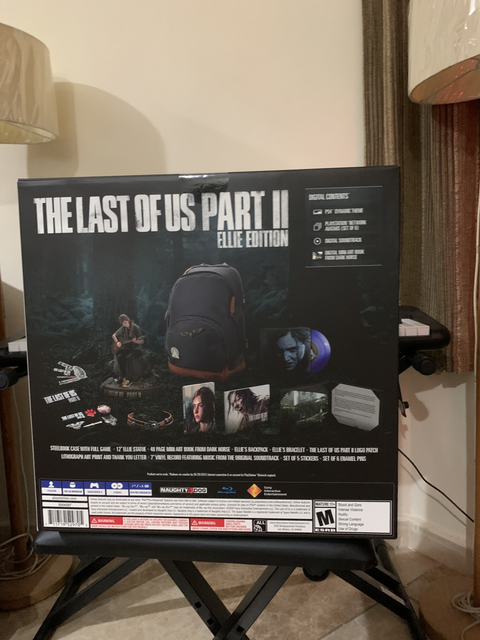 Box (Side - both sides are the same) 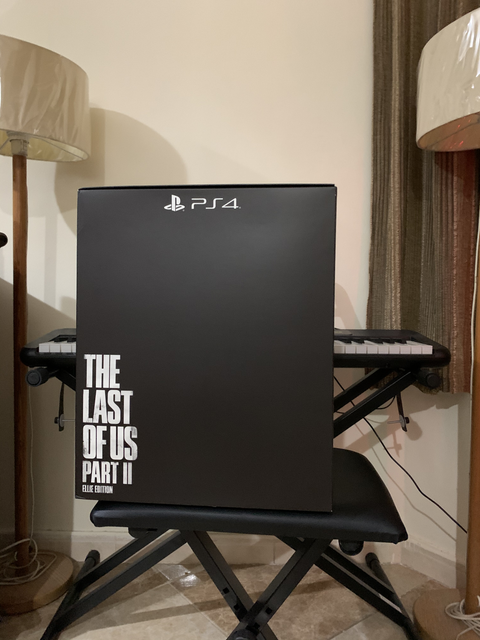 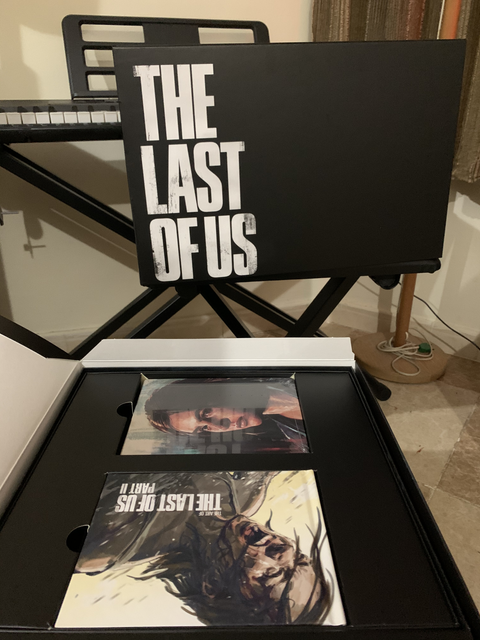 Message from Druckmann Inside The Casing 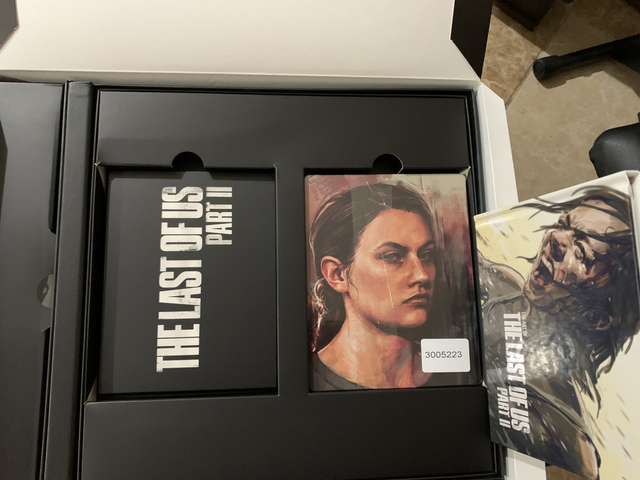 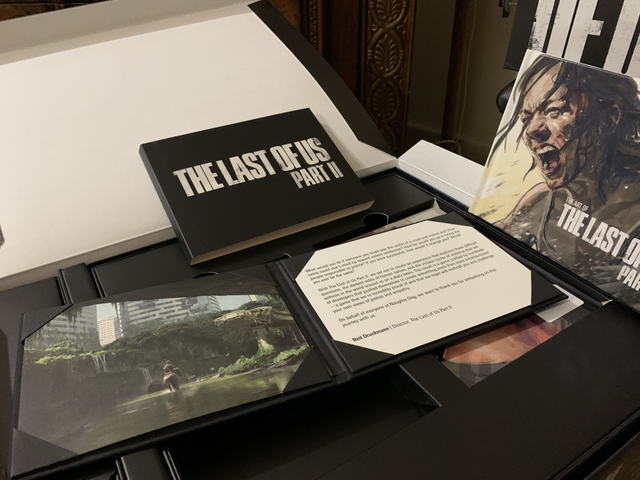 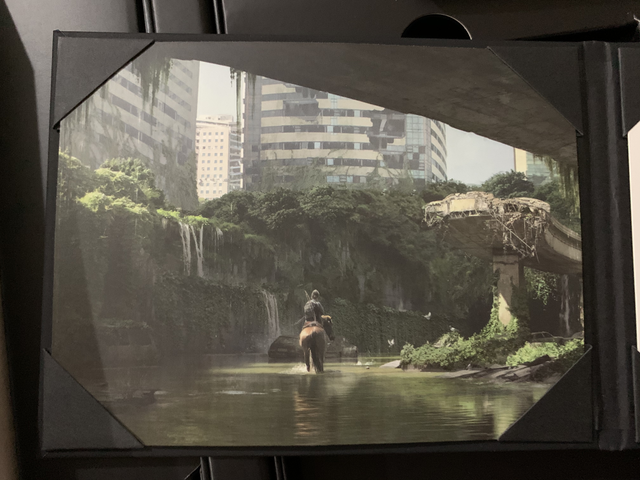 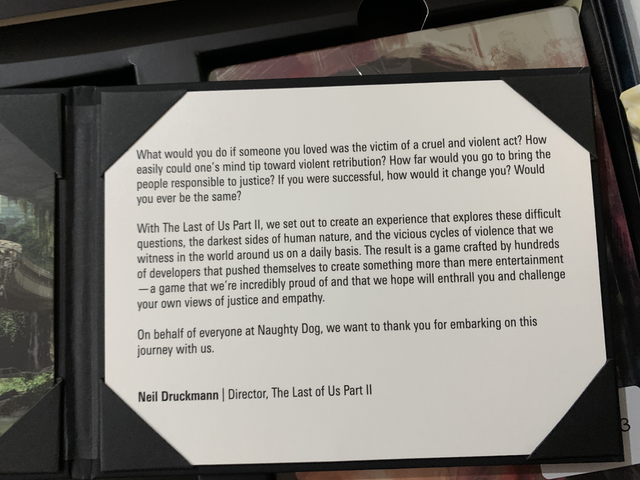 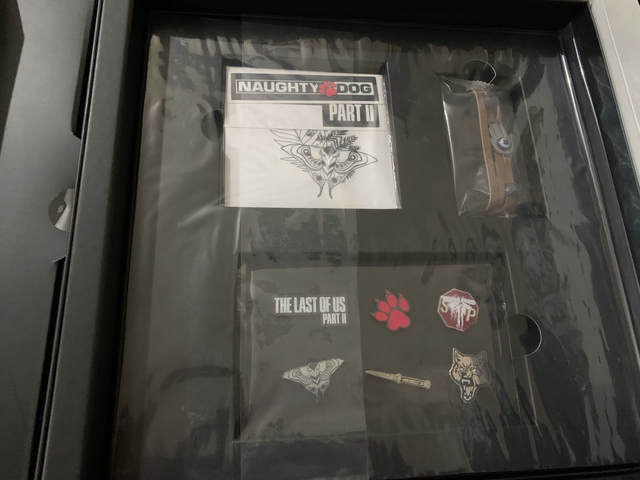 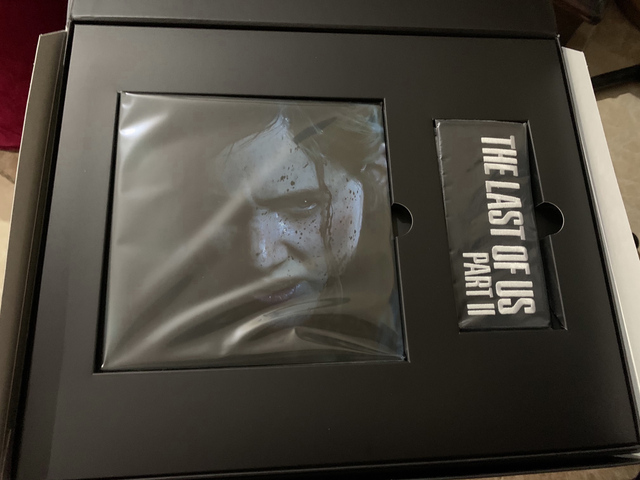 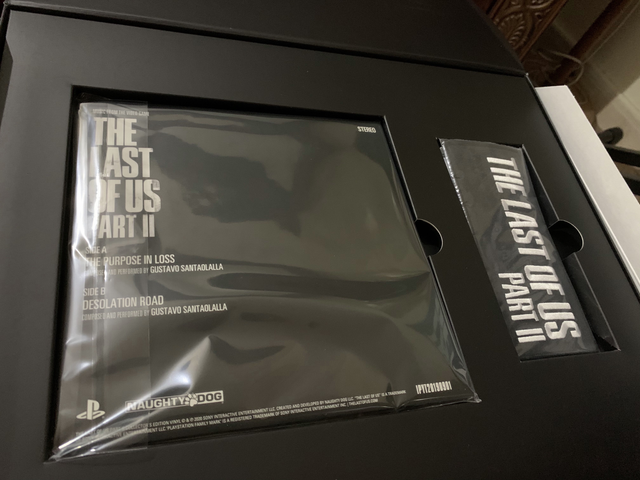 Vinyl (Side A) + Inside Cover Art 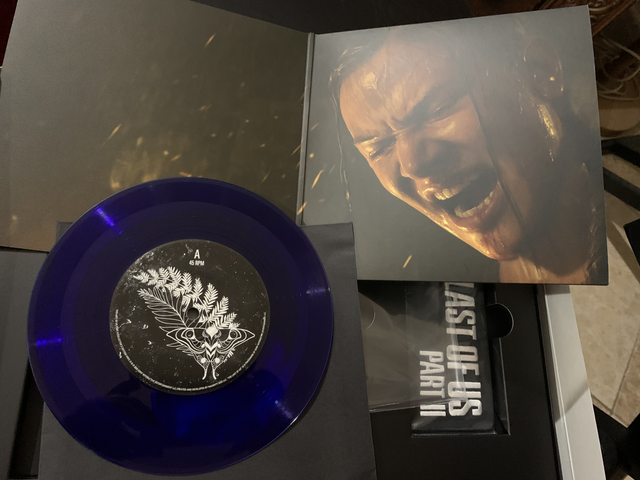 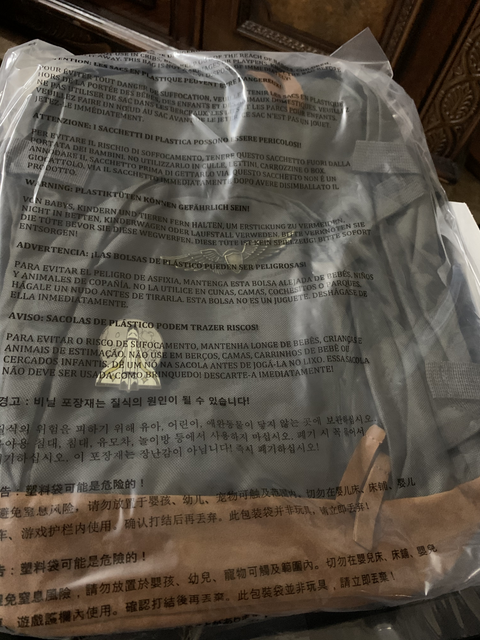 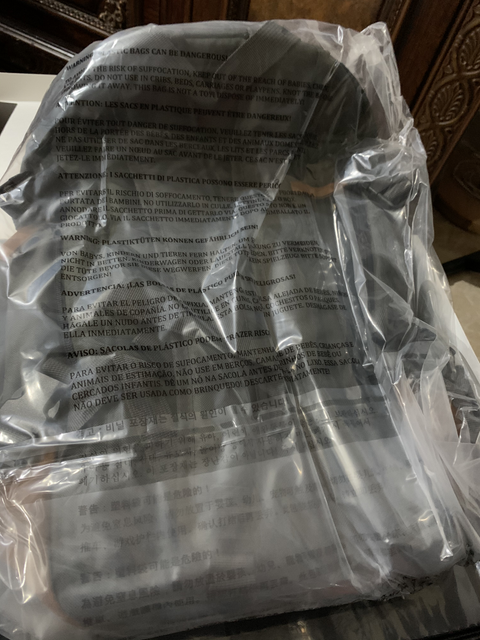 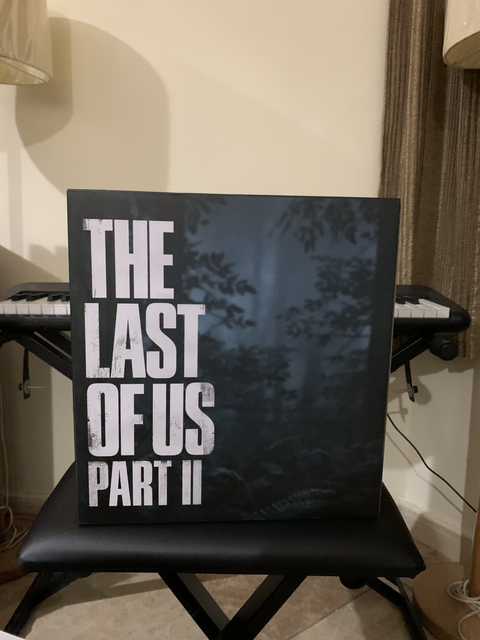 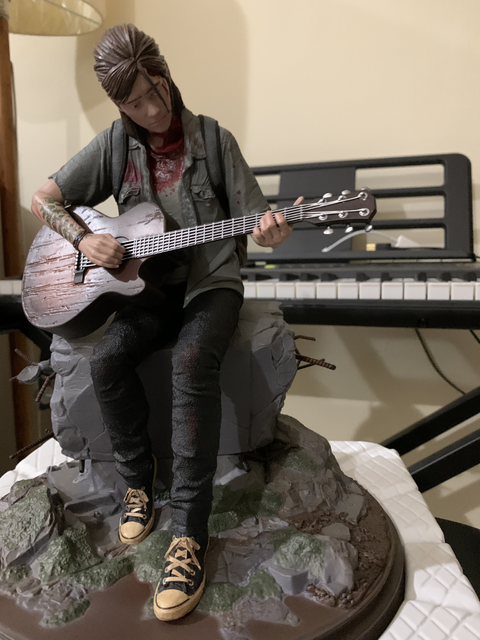 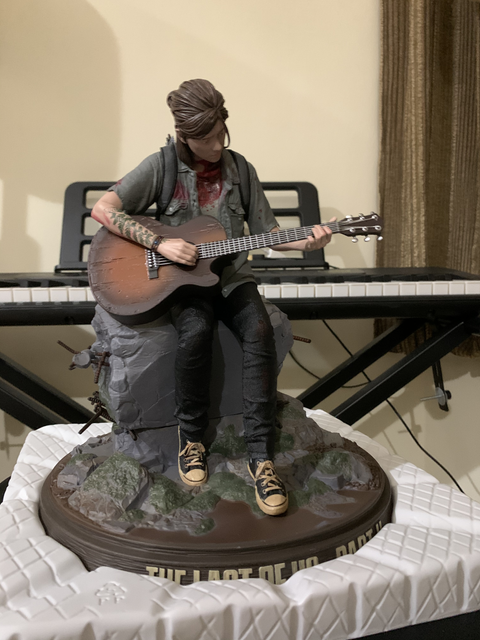 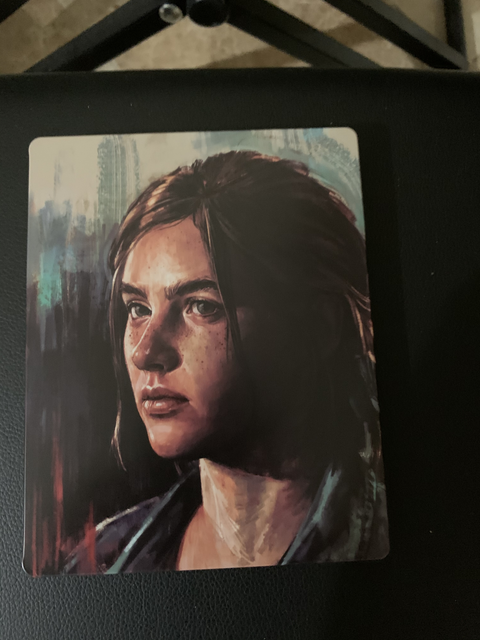 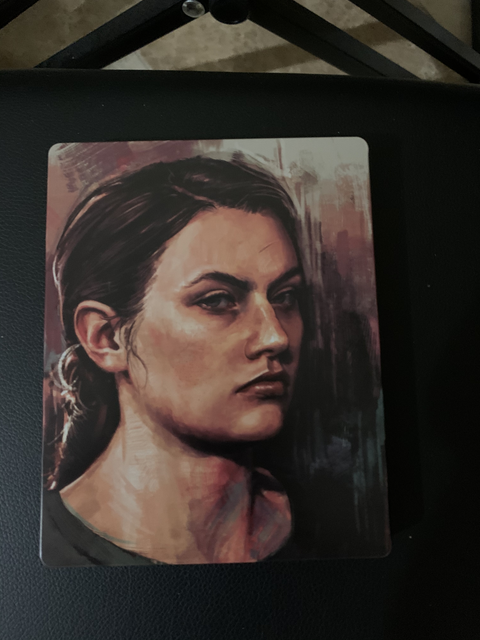 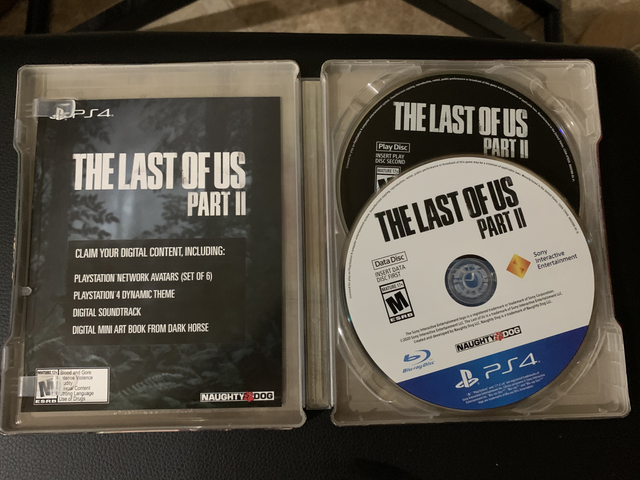 Reactions: JANARIOO, AbbY, Chandoo and 2 others

Already discussed with @AbbY again and he got it moved to Gaming Central, this is the 2nd time this has happened.
U

Congrats hope you didn’t play the game before receiving this....take your time its totally worth it
A

your missed the line where he already finished the game and rated 8/10 before receiving this pkg.
U

Aqibzahid said:
your missed the line where he already finished the game and rated 8/10 before receiving this pkg.
Click to expand...

UzairAhmed said:
Congrats hope you didn’t play the game before receiving this....take your time its totally worth it
Click to expand...