I would have absolutely loved it if this project had released sometime near Endgame.

But still eagerly looking forward to it. Wondering what genre this will be. We already have a classic traditional MUA style game coming to the Switch.

seems like it will be a brawl fighting game 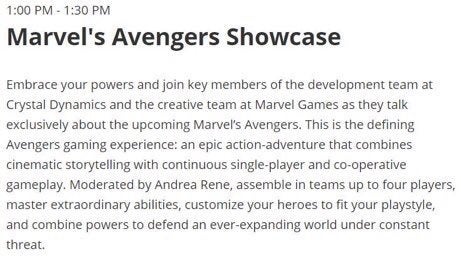 Some information about the game.

Some more information before the reveal later today.


Good to see Spider Man PS4 is a benchmark. That game is arguably the best comic book/movie franchise game till date.


Marvel’s Avengers begins at A-Day, where Captain America, Iron Man, the Hulk, Black Widow, and Thor are unveiling a hi-tech Avengers Headquarters in San Francisco — including the reveal of their own helicarrier powered by an experimental energy source. The celebration turns deadly when a catastrophic accident results in massive devastation. Blamed for the tragedy, the Avengers disband. Five years later, with all Super Heroes outlawed and the world in peril, the only hope is to reassemble Earth’s Mightiest Heroes.
Click to expand...

Marvel Entertainment and Square Enix are excited to unveil Marvel’s Avengers, an epic action-adventure game that combines cinematic storytelling with single-player and co-operative gameplay. Developed by Crystal Dynamics in collaboration with Eidos-Montréal, Nixxes Software, and Crystal Northwest, Marvel’s Avengers will release simultaneously for the PlayStation®4 computer entertainment system, the Xbox One family of devices including Xbox One X, Stadia, and PC on May 15, 2020.
Click to expand...

Beta is exclusive to PS4
Third-person
"Epic Action-Adventure with Cinematic Storytelling"
Story-driven
Co-op but can be played solo if you want
Crystal Dynamics' take on Marvel Villains
Story begins at A-Day celebrating Avengers West Coast Headquarters
Avengers are outlawed and disband following A-Day Tragedy
5 years after, an evil forces the Avengers to reassemble
Original story showcasing Marvel Heroism and Humanity
Story about self-acceptance in the face of adversity and learning that together we are mighty
Troy Baker is Bruce Banner, Jeff Schine is Captain America, Travis Willingham is Thor, Laura Bailey is Black Willow, Nolan North is Tony Stark
All new post-launch heroes and regions will be entirely free
"No lootbox scenarios"
"Unique benefits to PlayStation players"

Honestly, the story doesn't sound all that bad to me. Great voice cast too. Nolan North as Iron Man is cool. I'm pretty attached to the MCU versions of these characters and it will take effort to separate them from their game versions though. It doesn't help that Thor's design is straight up ugly lol

I've never wanted any other game to be good this much. Really, really, really hope they pull off something great.

Some more info on the game from E3.

Super heroes got old and boring for me after the age of 10. I can't imagine a grown man playing and watching superhero movies and being emotionally invested in them. But that's just me

iampasha said:
Super heroes got old and boring for me after the age of 10. I can't imagine a grown man playing and watching superhero movies and being emotionally invested in them. But that's just me 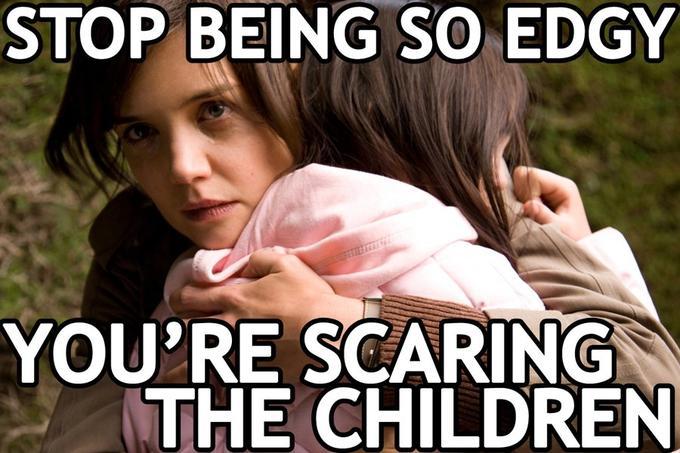 Didn't you say you preferred the Arkham games as a whole? Or do you mean best marvel comic book franchise game.

CerebralTiger said:
Didn't you say you preferred the Arkham games as a whole? Or do you mean best marvel comic book franchise game.
Click to expand...

Maaaaaaaaaaaaaybe Arkham Asylum goes above Spider Man. Both are equally superb games. Though Arkham Asylum is the king of pacing-done-right in a video game.
Last edited: Jun 12, 2019

I couldn't play Arkham Knight for long after playing Spider-Man even though I loved Arkham Asylum. It seemed relatively uninteresting compared to Spider-Man. I don't follow anything superhero though, so I'll only be interested in a superhero game if its as good as Spider-Man.


This actually looks decent. I wonder why they didn't just show this at E3.

NarutimateTaha said:
This actually looks decent. I wonder why they didn't just show this at E3.
Click to expand...

I would say this looks more than decent. Actually pretty good especially based on what i was expecting initially. Games based on movies (Or Vice-Versa) usually end up being a disappointment. I guess developers try and imitate too much of the on screen experience that the end product ends up with absolutely no personality of its own. This is the only concern i have of Avengers. Plus i have always been of the opinion that its pretty hard to make games based on god-like super heroes like Thor or super man or even Hulk to some extent. 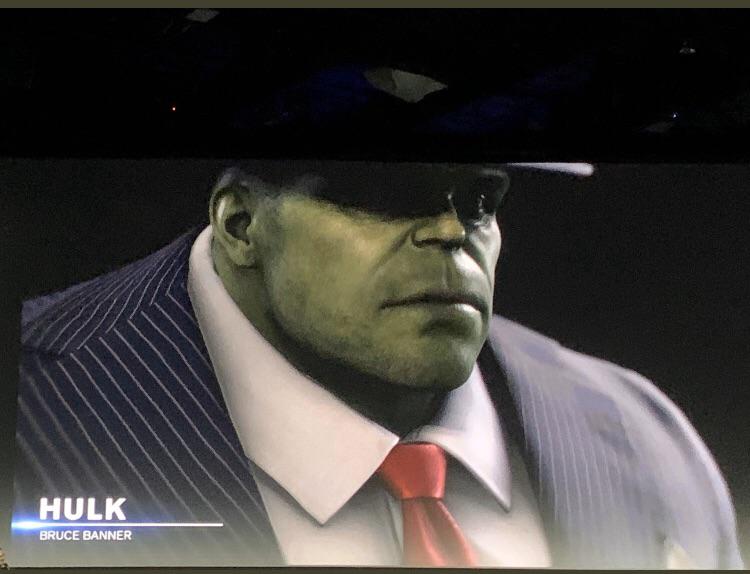 Nat's character model has been upgraded too:

The thor game play looks very clunky based on the video.

Necrokiller: I don't think it forced people to buy the game who didn't want to in the first place 9 minutes ago
Chat 0
Top Bottom