Big-budget horror games are a rarity, but The Medium is bringing scares to the Xbox Series X. The game was first announced earlier this year, but we didn’t get our first look at it until the trailer debuted during the Inside Xbox reveal event on Thursday morning.
The game appears to star a young medium who can travel between the physical and spiritual realms. But it seems that dark things are waiting on either side.

The trailer flashes between these two different dimensional realities constantly. In the more normal physical reality, our hero appears to get tragic news about her pregnancy along with a brief flash of a knife. Meanwhile, in the other reality, which is more sepia-toned, we see glimpses of massive alien monsters that seems to have destroyed the world.
The game will also feature dual soundtracks that will accompany its two different realities. One of these soundtracks will be written by Arkadiusz Reikowski who has worked with Bloober team before on games like Layers of Fear and Observer. The second soundtrack will be handled by Akira Yamaoka the composer of several games in the Silent Hill series.
Bloober Team, the game’s developer, is no stranger to the horror genre. In recent years the team has made games like Layers of Fear and Layers of Fear 2, Observer, which is also coming to next-gen consoles, as well as last year’s Blair Witch. Despite the studio’s experience, The Medium is still the team’s biggest and most ambitious game yet.
The Medium will be released sometime after the console’s launch later this year.

They are dying YO!!!

more like silent hill. the composer for SH is working on this too


Bloober Team’s The Medium was officially revealed in May during an Inside Xbox episode, but now we’ve got a new trailer. The horror game comes from the creators of Observer and Layers of Fear — and its dual-reality gameplay looks terrifying.

The new trailer, which debuted during Microsoft’s Xbox Games Showcase on Thursday, focuses on the dual-reality aspect of the game, as its protagonist, Marianne, can traverse both the physical and spiritual worlds. In the trailer, Bloober Team shows how each action controlled by the same movements in the dual-reality world are “rendered simultaneously,” according to the trailer. The two worlds Marianne exists in are similar but distinct — the physical world is a dark and terrifying world, while the spiritual realm is sepia-toned and otherworldly. (At one point, Marianne cuts open what appears to be a flesh wall.)

It looks like Marianne has different abilities in each of the worlds — including a fancy arm in the spiritual world.

The Medium will be released on Windows PC via Steam and Xbox Series X during this holiday season.

This dual reality aspect was the most next-gen thing in the Xbox conference. Looking forward to playing it.

like right na. i mean playing both aspects at the same time wow mind bending

Finally a launch window title for the Series X (and PC) that's not also on PS5 lol.
Reactions: iampasha

Coming to Game Pass day one.

Will there be any traditional combat mechanics incorporated in The Medium?

Jacek: For us, it's more like a sneak mechanic. The Medium is also compared to the Silent Hill series and for us this is awesome, but we think more about Amnesia when we think about The Medium because the main problem sometimes in horror games is it stops being scary when you have a gun.

Grzegorz: Yeah. Imagine Ripley in the first Alien with the flamethrower from the second movie at the start of the first movie. It's not fun anymore.
Click to expand... The Medium Interview: How the Xbox Series X|S made this title possible

Looking for some inside information on the upcoming psychological horror game The Medium? Well, here's everything you need to know about the gameplay mechanics, haunting storytelling, and performance on Xbox Series X/S, straight from the team responsible.

And just like that, my interest in the game dropped considerably.

Someone share the yellow template with them
Reactions: iampasha, IzHee and Major Aly

Bloober Team getting better performance out of PS5 lol. 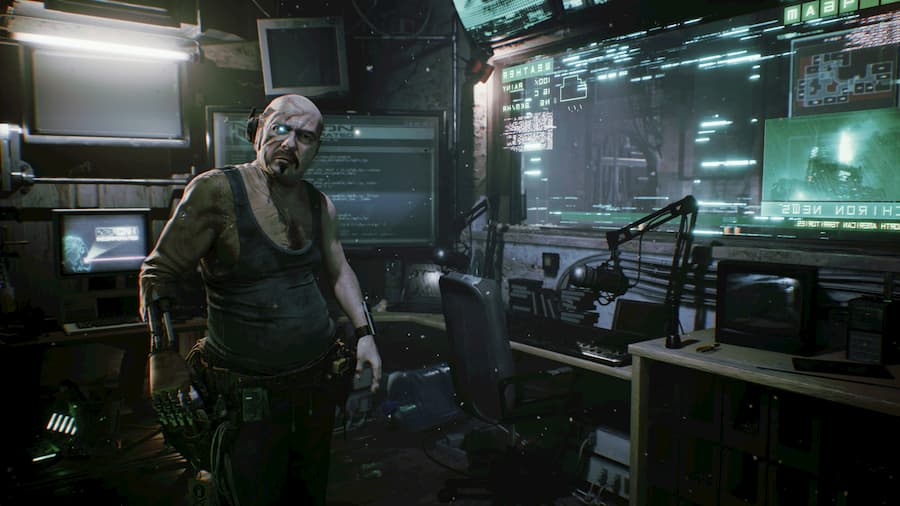 Thanks to a ray tracing toggle and more, the PS5 version of Observer: System Redux is notably better than its Xbox Series X counterpart.

While performance in both versions of the game can be a little shaky at times, what surprised us even more is that even with ray tracing enabled, the PS5 version of Observer: System Redux still performs better than its Xbox Series X counterpart.
Click to expand...