So, Shophive.com put up their prices

There is a not-insignificant number of people with dead Series X's on places like Era or Reddit.

Welp my XsX is dead

I've been playing on it for two days. It shutdown twice while playing Halo 5 this evening. When I've turned it on after the first shut down, I've got the message that the console was too hot and had to shut down. Then it shut down one more time and I cannot turn it on anymore. I am not the...

Hopefully this isn't the coming of RRoD 2.0

Chandoo said:
There is a not-insignificant number of people with dead Series X's on places like Era or Reddit.

Welp my XsX is dead

I've been playing on it for two days. It shutdown twice while playing Halo 5 this evening. When I've turned it on after the first shut down, I've got the message that the console was too hot and had to shut down. Then it shut down one more time and I cannot turn it on anymore. I am not the...

So, Shophive.com put up their prices

available in Peshawar for 120k and 75k
Reactions: Doof Warrior

Last Updated: 12/18/2020 at 12:10PM PST Hi there, It's an exciting time. The Xbox Series X|S consoles have both launched and we hope you're enjoying your time with the next generation of gaming. In
answers.microsoft.com


One of the biggest advertised feature has known issues with most of the top TV brands. 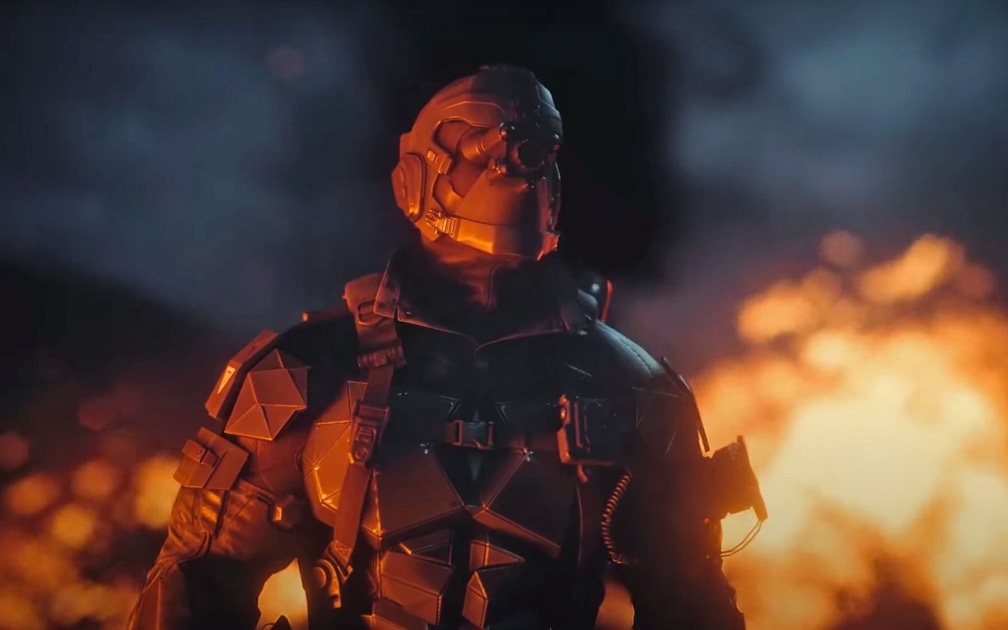 I forgot this game was even a thing
Reactions: Major Aly

Ah over promise and under delivering. Another example of it.

Input latency comparison between the two.
Series X controller is lagging behind even when wired.


Ah over promise and under delivering. Another example of it.
Click to expand...

The Dualsense is the true next gen revelation in every way. 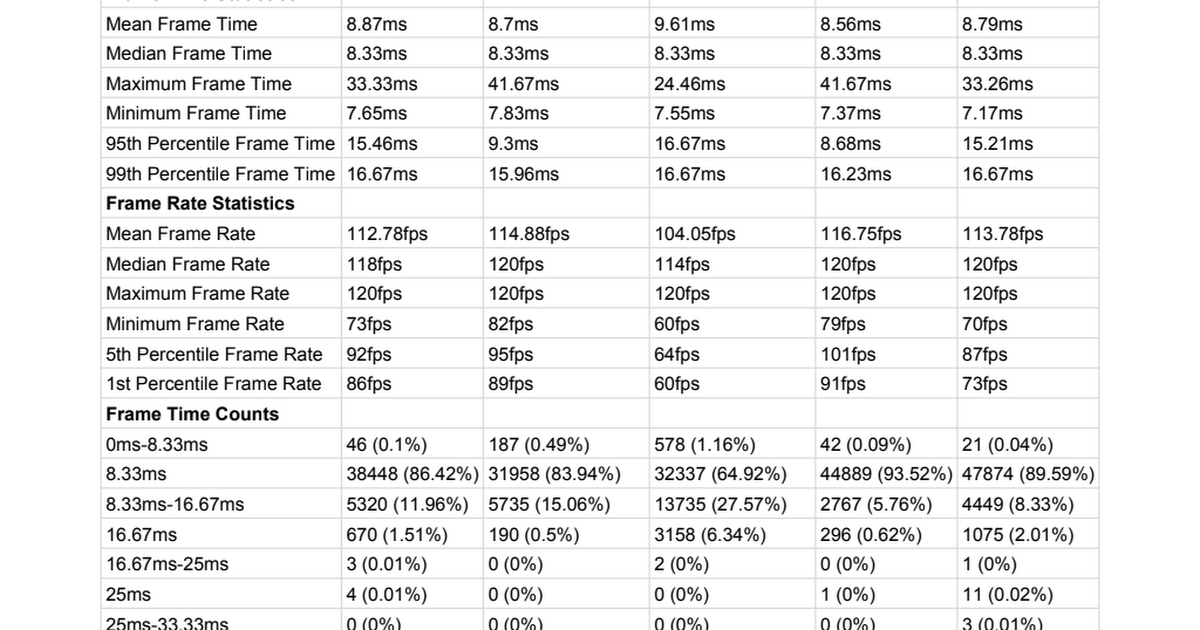 
Despite both new consoles advertising their backward compatibility support, the Xbox Series X is beating the PS5 when it comes to running at 120 fps.


PlayStation 5 owners don't have the same options to run backward compatible games at 120 frames per second as those with the Xbox Series X/S. This has to do with each console's internal configurations, as Sony opted to limit 120Hz support only for PS5 games, excluding PS4 games from the feature. In contrast, Microsoft has prioritized 120Hz support as part of its setup for a number of years now. This means that Xbox One games will have a far easier time running at 120fps on the new Xbox Series X and S as opposed to PS4 games doing the same on the PS5.

This will definitely be seen as an inconvenience to many gamers who had been hoping to enjoy their PS4 games on the new PS5. Since the PS5 launched a couple of weeks ago, it has been anything but smooth sailing for Sony. Despite being promised things like faster load times and improved graphics, fans have been left feeling disappointed by a recently discovered storage glitch that causes the new console to break down.


According to Eurogamer, highly popular games like Rocket League and Call of Duty: Warzone have each received updates from Psyonix and Infinity Ward, respectively, to operate at 120 fps on the Xbox Series X but not the PS5. Warzone can only run at 60 fps right now on the PS5. Psyonix has explained it is easier for developers to apply these game updates to the Xbox Series X because it only requires a small patch. Whereas, a complete native port overhaul is required to enable 120 fps settings on the PS5. All of this follows Sony's recent announcement that the PS5 doesn't support 1440p monitors, which caused a quiet but noticeable uproar among fans waiting to learn more about the new console.

So far, it appears that Microsoft is edging ahead of Sony when it comes to backwards compatibility. Sony has made no official comment or indication to change this. The lingering question is if Sony views upgrading the backward compatibility of the PS5 as a top priority in the ongoing competition with Microsoft. If Sony were to change this, it would involve redirecting their manufacturing and engineering resources to add this feature to the PS5.

It definitely comes as a surprise to see that Sony did not do more to support greater backwards compatibility in the build-up to the PS5 launch. Each gaming device has more than enough computing power to display higher frame counts. Perhaps the tight competition between the PS5 and the Xbox Series X will influence Sony to introduce a greater expansion of the marquee console's playback functions.

I look at shipping a product, shipping a game, as one of the bravest things a team can do. You put your product out there, it gets analyzed and prodded and reviewed. It can’t defend itself. It’s an inanimate object. You can’t go on the internet and defend it. We’ve seen that way too many times. That never works.

When a team releases something into the market for the world to tear it apart on the internet — it’s just such a brave thing for a team to do. I’m never going to vote against any creative team or any product team to do poorly because I have a competitive product. It’s not in me. I don’t actually think it helps us in the long run in the industry.

But especially in the console space, there’s like a core of the core, that have, I think, taken it to a destructive level of, “I really want that to fail so the thing that I bought succeeds.” I’m saying on both sides. I’m not saying that it’s all people crushing Xboxes and everybody that loves Xbox is always completely inviting to all the PlayStation stuff. I’ve said before, that I find it distasteful, but maybe that is too light. I just really despise it. I don’t think we have to see others fail in order for us to achieve the goals. That’s not some kind of “kumbaya” thing. It’s actually real. We’re in the entertainment business. The biggest competitor we have is apathy over the products and services [and] games that we build.
Click to expand... 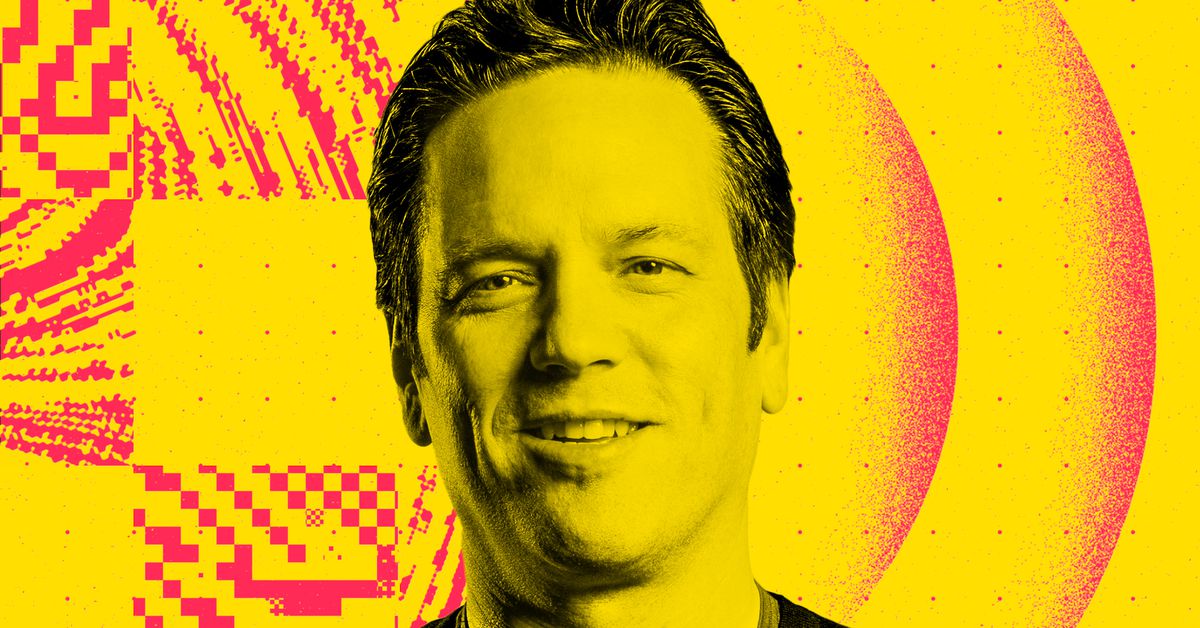 The head of Xbox talks about the latest console launch.

The thing is DENSE. The form factor is small but its much more heavier than you would imagine by looking at it. 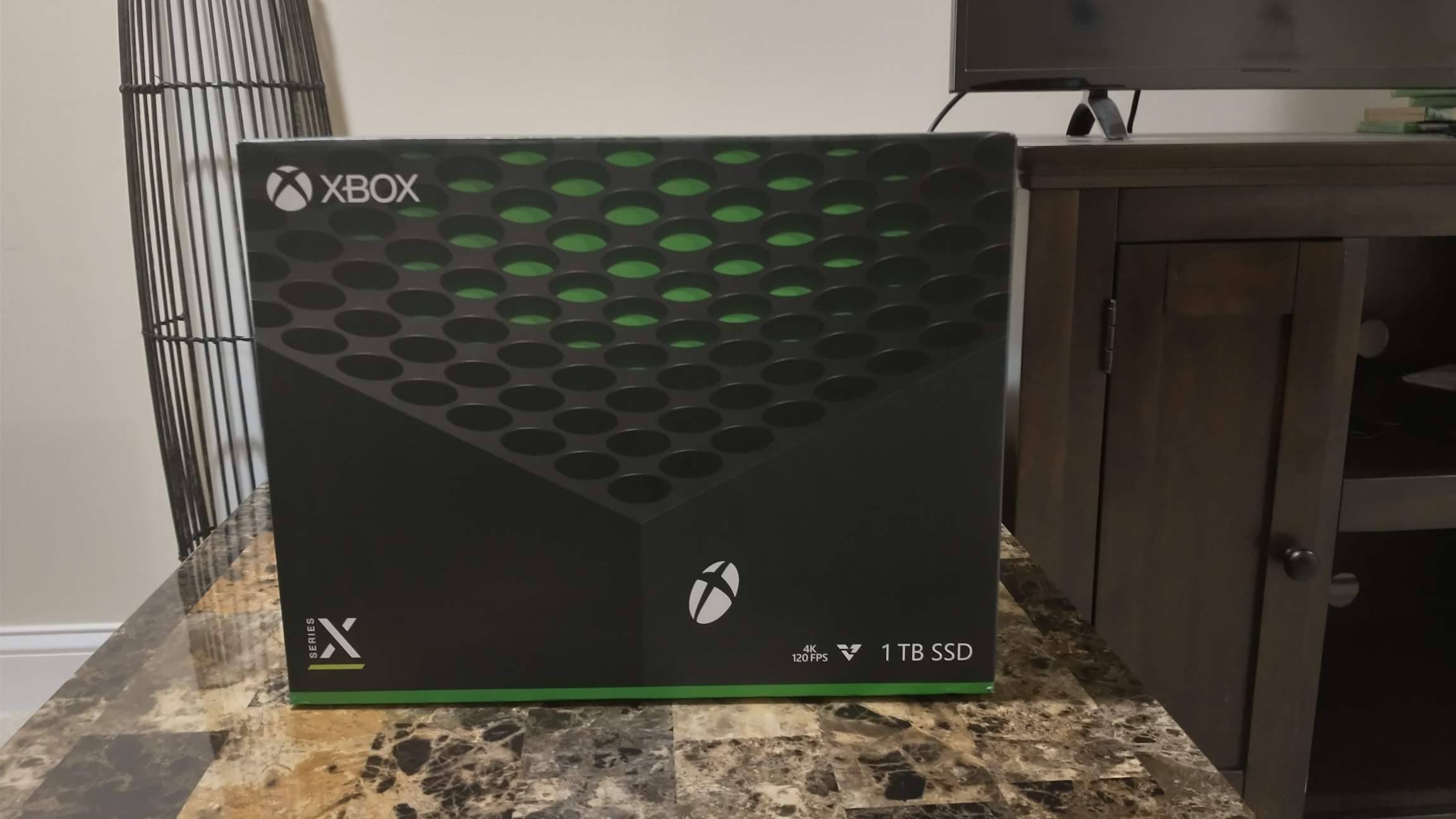 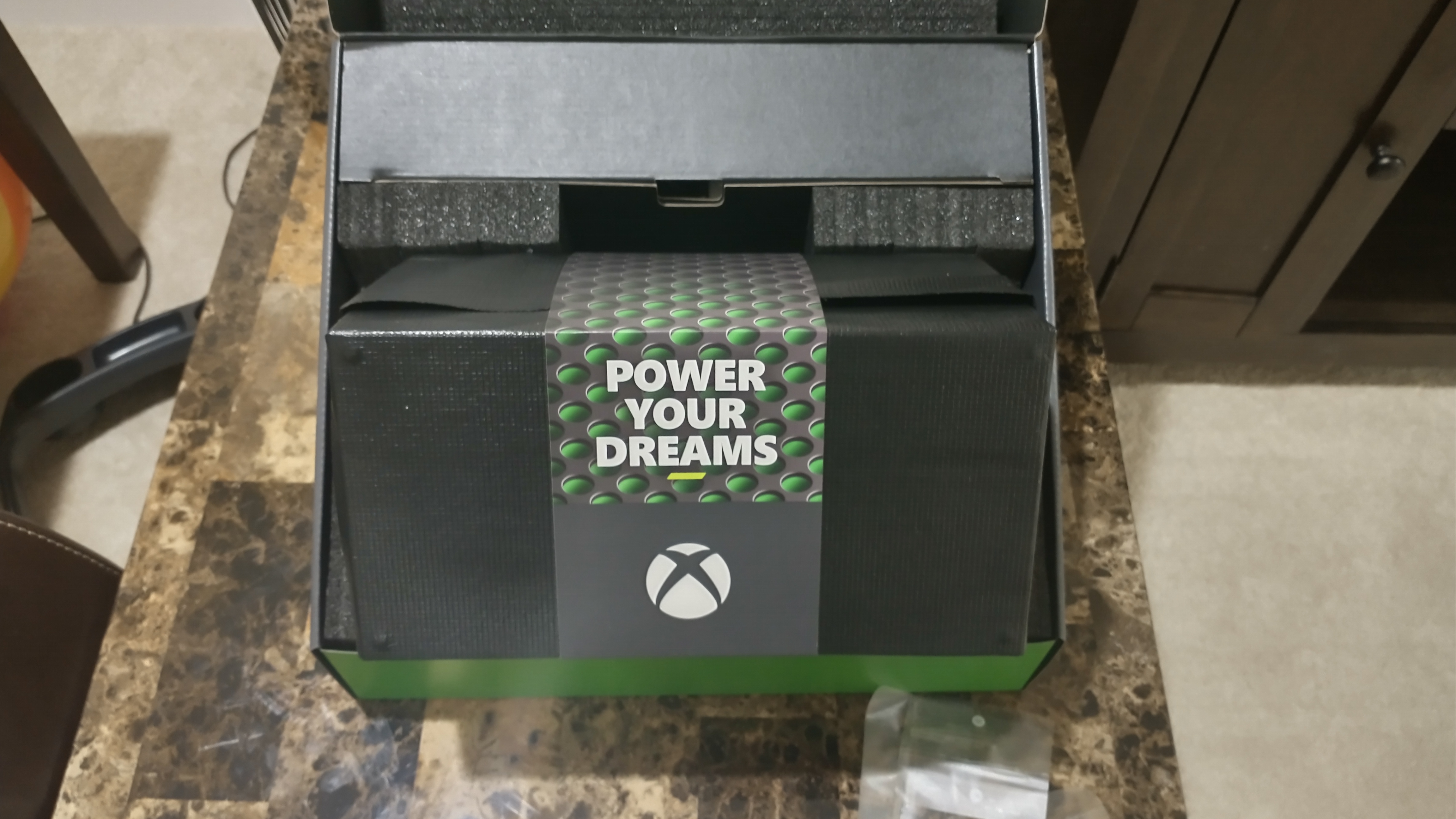 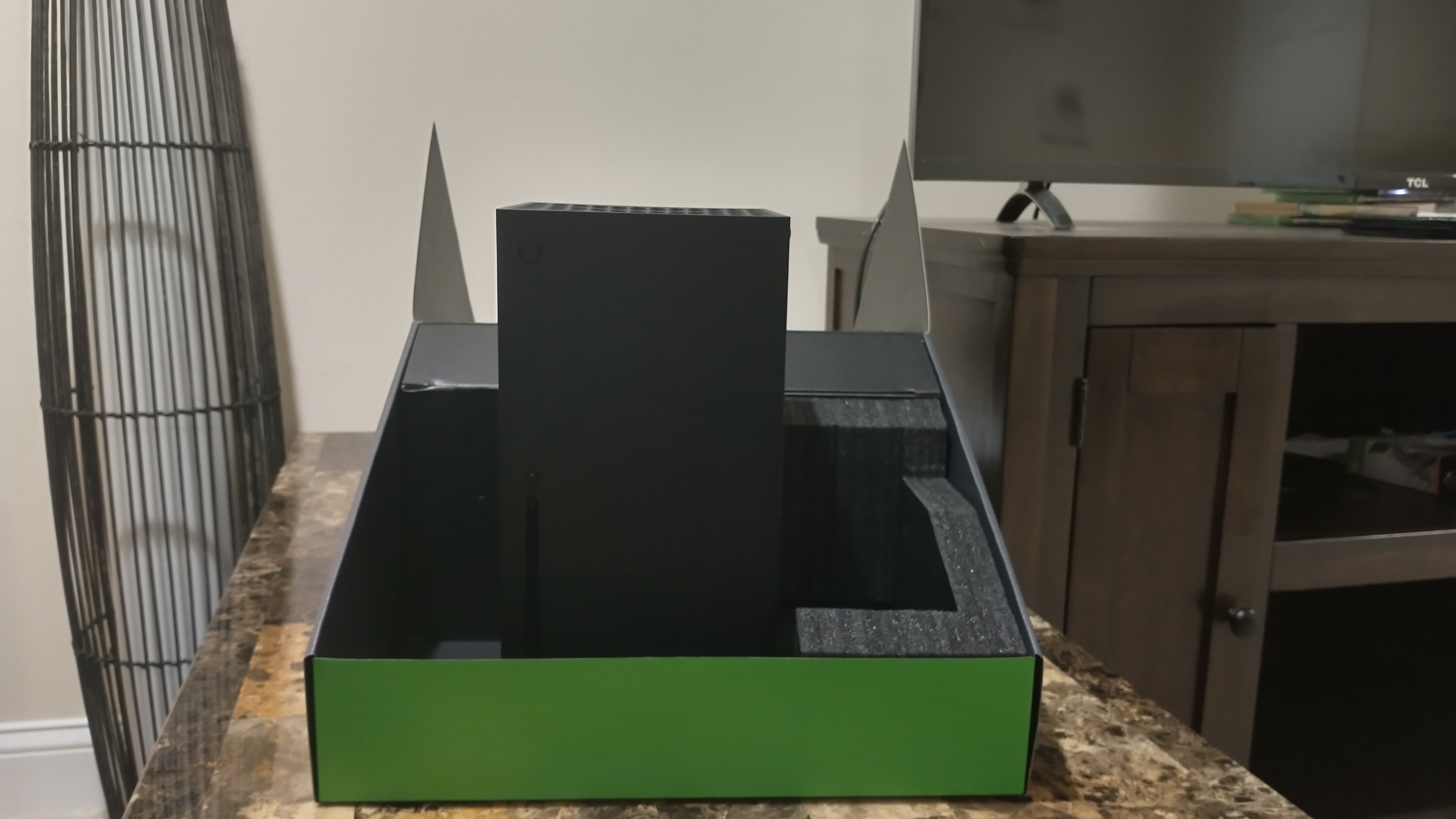 What's on the back ? 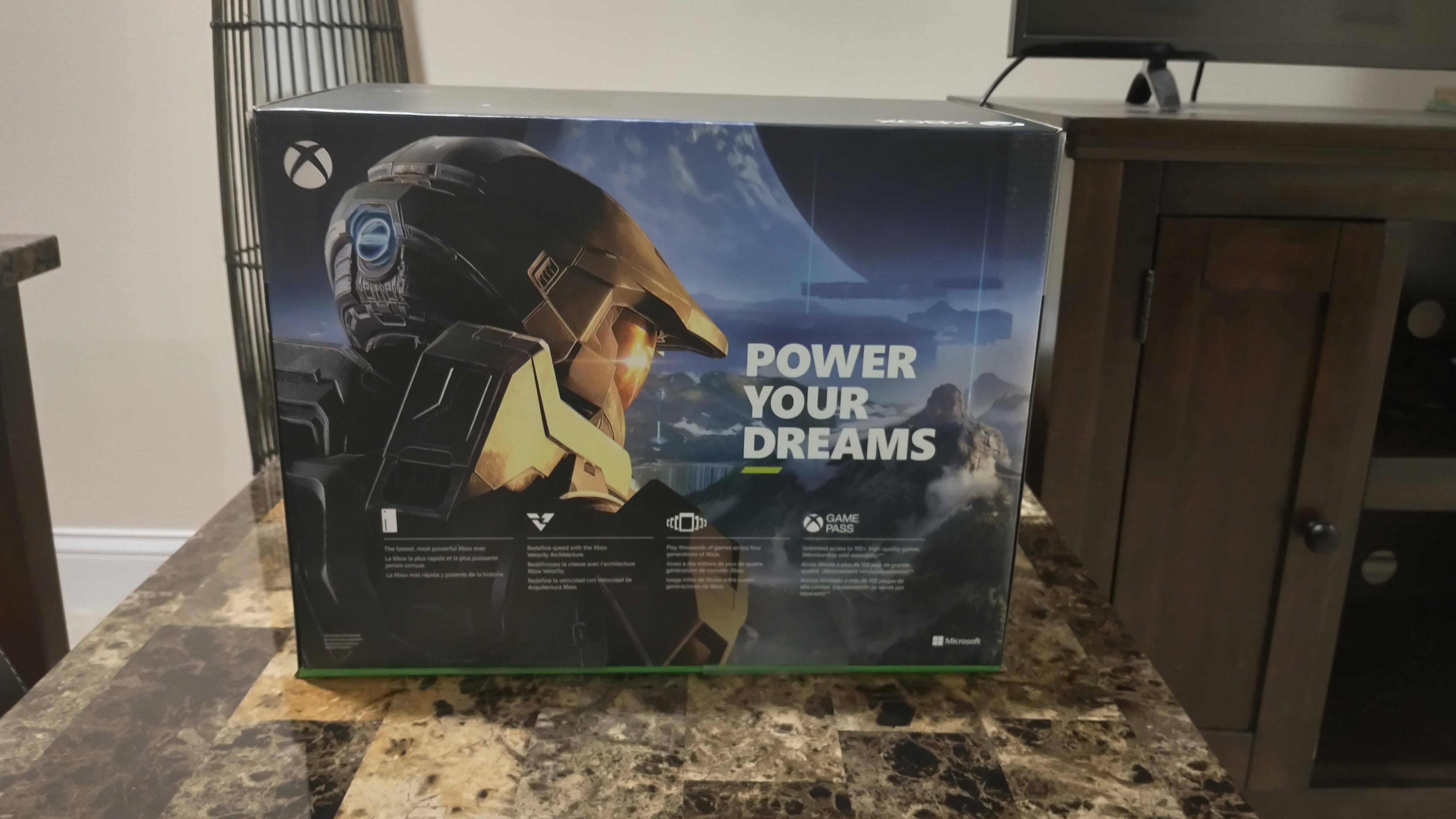 Reactions: Major Aly, iampasha, its Me and 1 other person