So reducing PS Now price after so many years and putting "10+ million" selling games on the service, and putting a first party game on Steam, all has nothing to do with Microsoft's strategy. Lmao...sure.

Even in its "deliberately half-assed" state, it is better than the trash it used to be. Thanks to Game Pass for making people realise how great a subscription service can be and what amazing value looks like. There might be hope for PS Now to develop into a half decent service. Eventually :lol:


10 years later, Alan Wake is still giving us the creeps 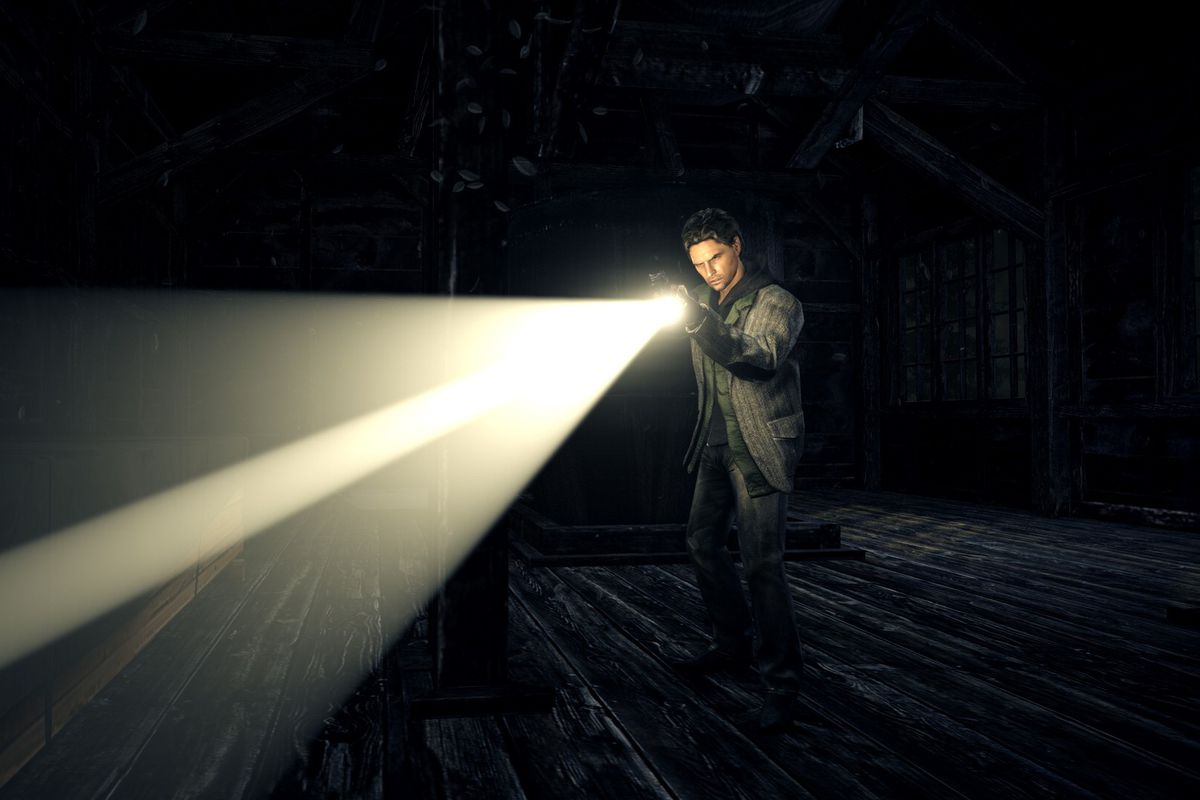 Remedy Entertainment released its beloved, cult-classic,Alan Wake 10 years ago this Thursday, May 14. To celebrate the anniversary, Alan Wake will come to Xbox Game Pass on both Xbox One and PC on May 21.
Alan Wake is a third-person shooter heavily inspired by the novels of Stephen King and David Lynch’s acclaimed Twin Peaks TV series. It follows Alan Wake, a famous writer, as he visits a rural, Washington town for some alone time with his wife while he works to get past his own writer’s block. Things get strange very quickly, as Alan realizes the sleepy town has an infestation of dark shadows.
Alan Wake’s American Nightmare, a more action-focused Alan Wake game, came out two years later. Remedy then moved on to Quantum Break and later Control, one of Polygon’s best games of 2019.
While 10 years old, Alan Wake is definitely worth a replay in 2020 — especially if you already have Game Pass. First time subscribers can get Game Pass for a month for $1. After the first month, players can choose between the Xbox-only Game Pass for $9.99, PC-only Game Pass for $4.99 (usually $9.99), or Xbox Game Pass Ultimate (both Xbox and PC) for $14.99. 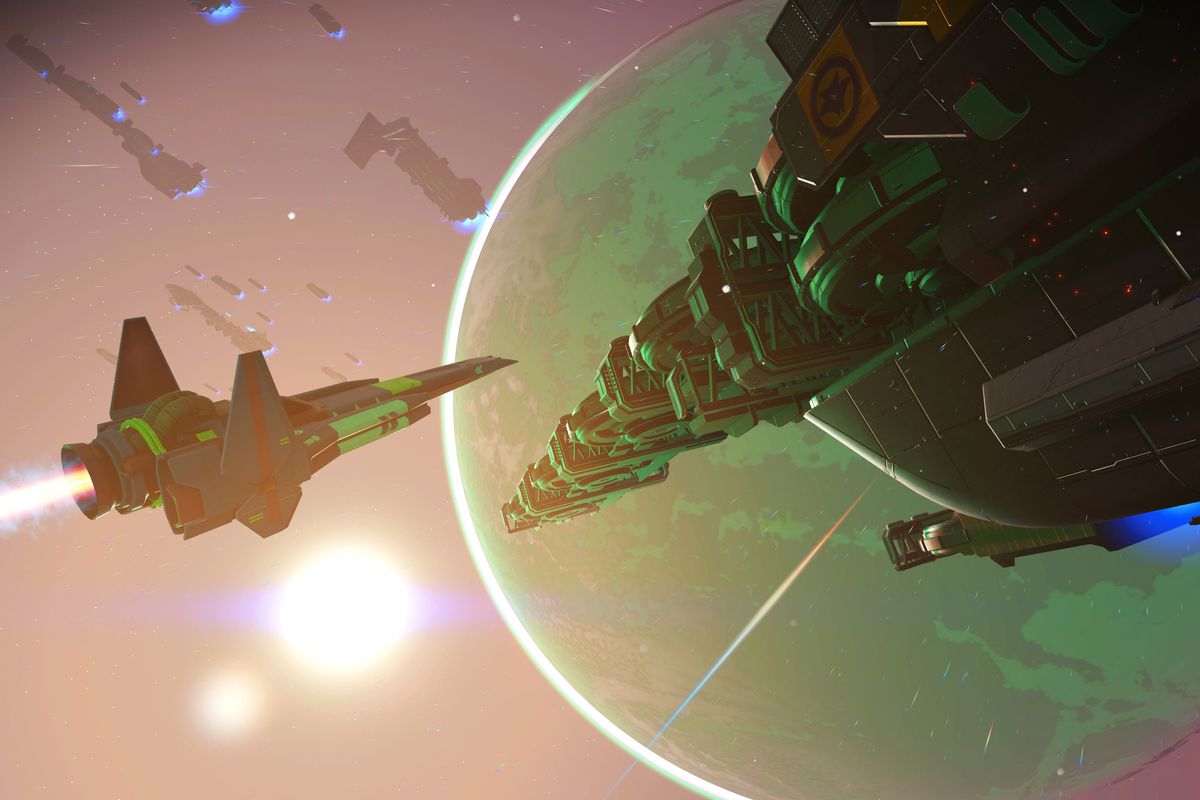 Xbox Game Pass subscribers will get access to developer Hello Games’ No Man’s Sky when it lands on the service in June. Hello Games programmer Sean Murray made the announcement on the Xbox Wire blog.
No Man’s Sky was originally released on PlayStation 4 and Windows PC in 2016. The game came to Xbox One in 2018. Hello Games has consistently updated the exploration game since its 2016 release date. Because of that, No Man’s Sky has maintained a dedicated community of spacefarers, who do stuff like build tiny homes all over the procedurally-generated world.
The latest update in April — called Exo Mech — added a “fully controllable mechanical walker” to the game.
Today, Xbox Game Pass subscribers can play Alan Wake, Cities: Skylines, and Minecraft Dungeons. Xbox Game Pass Ultimate, which gives players access to both console and PC games in the program, is $14.99 a month — but first-time subscribers can access for a month for $1 to start. The Xbox-only Game Pass is $9.99 a month, while the Xbox Game Pass for PC is available for a limited-time price of $4.99 a month. (It’s usually $9.99.)
Hello Games also said No Man’s Sky will get a Windows 10 PC version, on sale at the Windows PC store. It was previously available for PC on Steam. An exact release date hasn’t been announced.

MS going for the jugular:

[h=1]Xbox Series X: The Most Powerful and Compatible Next-Gen Console with Thousands of Games at Launch[/h]
Click to expand...

We are also creating whole new classes of innovations including the ability to double the frame rate of a select set of titles from 30 fps to 60 fps or 60 fps to 120 fps.
Click to expand...

^ Damn, I hope this actually translates into you getting an Xbox Series X :hah:

manigamer said:
without the need of buying a new gpu or tweaking my cpu ram etc
Click to expand...

But with the need of buying a whole new console

Necrokiller said:
But with the need of buying a whole new console
Click to expand...


Xbox One players are getting a ton of Kingdom Hearts 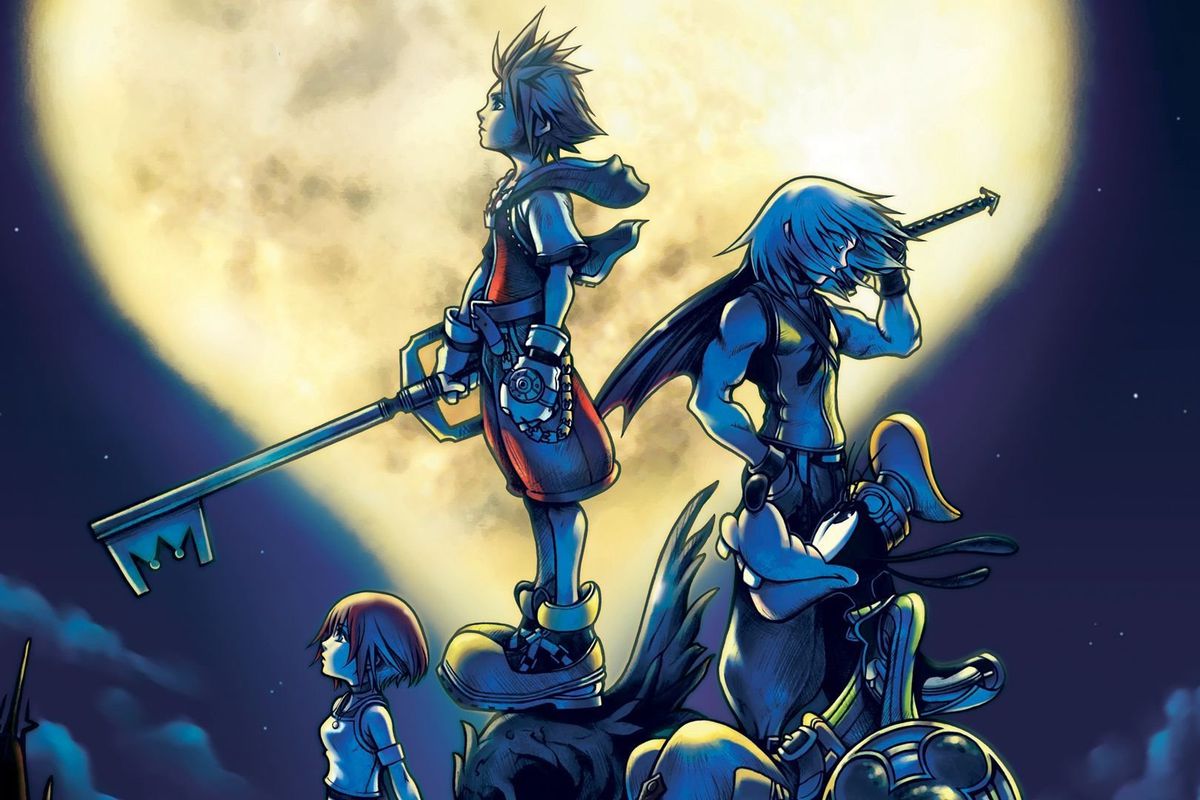 Microsoft has announced the titles coming to Xbox Game Pass on PC and console in June, and the line up is heavy on role-playing games and futuristic warfare.
On June 11, PC players will get BattleTech, the turn-based mech combat game, as well asBattlefleet Gothic Armada 2, a space-based real-time strategy game set in the Warhammer 40,000 universe.
Coming to both PC and console Game Pass subscribers this month will also be No Man’s Sky, which will be available starting on June 11. Dungeon of the Endless, a retro dungeon defense game with 3D graphics, will also be out on both platforms on June 11. Finally, there’sBard’s Tale Remastered and Resnarkled, which come to Game Pass on June 18.
Meanwhile, console Game Pass subscribers will get Kingdom Hearts HD 1.5 + 2.5 ReMix andKingdom Hearts HD 2.8 Final Chapter Prologue, on June 11 as well. Here’s a full list of all eight games and the one movie the two bundles include:


These two titles, along with all the games they contain, join Kingdom Hearts 3, which has been on Game Pass for Xbox One since February. Console subscribers will also get access toThronebreaker, the action-RPG set in the Witcher universe, on June 18.
Xbox Game Pass Ultimate is available for $14.99 a month, which gives subscribers access to both the console and PC games. First-time subscribers can get a month for $1. If you’re only looking for Xbox games, it’s $9.99 for the Xbox-only Game Pass. Xbox Game Pass for PC is available for a limited-time price of $4.99 a month.

Subscribers get access to Observation, Night Call, The Messenger, and Streets of Rogue this month 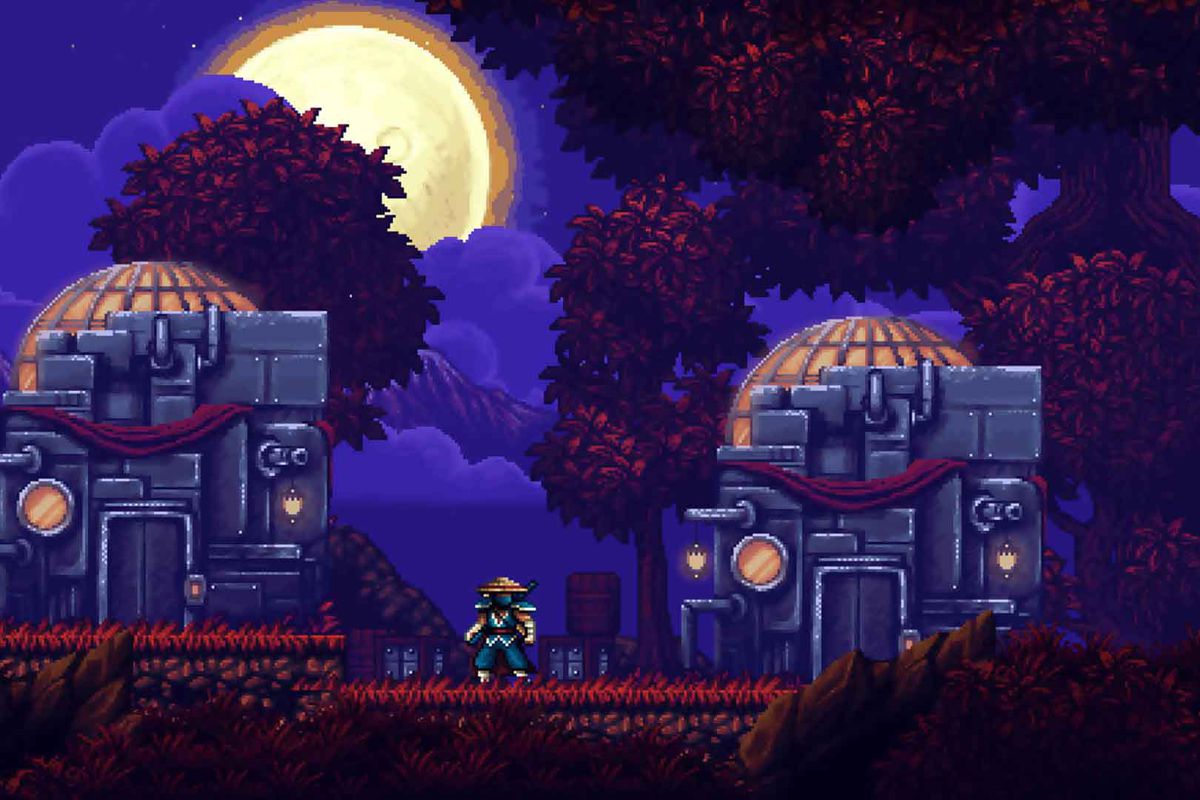 Xbox Game Pass has already added quite a few solid games in June, but Microsoft has a few more treats for subscribers. At the end of the month, Game Pass subscribers will get four new indie games as a part of the service.
On June 24, Night Call arrived on Xbox One and Xbox Game Pass. The game follows a Parisian cab driver working the night shift as he slowly uncovers a mystery using small conversations with his riders.
Sci-fi thriller Observationcasts players as an AI onboard a derelict space ship and will be available for Game Pass subscribers — on both PC and console — to download on June 25. In the game, players will have to help Dr. Emma Fisher as she investigates the ship and unravel what went wrong. Also coming on June 25 is Streets of Roguea rogue-lite that replaces dark and dingy dungeons with a procedurally generated city. Finally, there’s The Messenger, a platformerabout a ninja traveling through a cursed world to save his clan from a demon army. The Messenger also arrives on Game Pass on June 25.
With new games on the way, a few games are leaving Game Pass at the end of this month as well. Here are all the games leaving Xbox Game Pass on June 30:

Xbox Game Pass Ultimate is available for $14.99 a month, which grants access to both console and PC games, as well as an Xbox Live Gold subscription. New subscribers can get their first month for $1. If you’re looking for Xbox games only you can subscribe to the Xbox-only version of Game Pass for $9.99 or the PC-only version for $4.99. 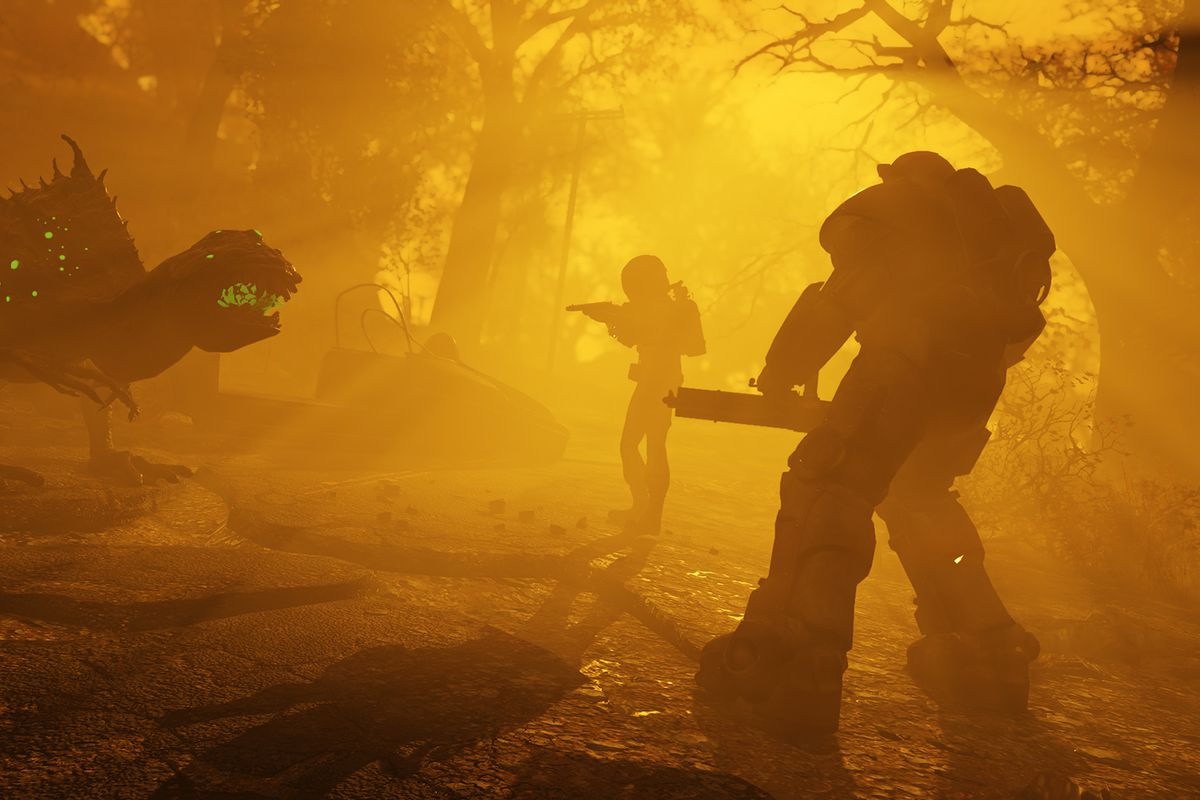 Xbox Game Pass subscribers can start playing Soulcalibur 6 and Out of the Park Baseball 21starting today, July 1, as part of their subscription. Bandai Namco’s weapons-based fighting game and Out of the Park Developments’ baseball strategy game are two of four new games coming to Xbox Game Pass in July.
Soulcalibur 6 will be available on Xbox One, while Out of the Park Baseball 21 will be available on Windows PC.
The other two titles — Bethesda Game Studios’ Fallout 76 and Radical Fish Games’CrossCode — will come to Game Pass on July 9. Fallout 76 is, of course, Bethesda’s online multiplayer take on the post-nuclear Fallout franchise, and the version coming to Game Pass (on both console and PC) will include the recent Wastelanders update to the game.CrossCode is a 2D action role-playing game inspired by The Legend of Zelda and Secret of Mana series.
While at least four games are joining the Xbox Game Pass lineup this month, six will leave. So say goodbye to these game on July 15:

Game Pass subscribers also now have access to Halo 3 (included in Halo: The Master Chief Collection) and Endless Space 2 on Windows PC. Those two games dropped today, alongside Neon Abyss for Xbox One and PC.

Here’s the remainder of July’s new Xbox Game Pass games and their date of availability:

@manigamer is it ok to buy gamepass from daraz? they are selling cheaper than official rates.

Project xCloud is Microsoft’s cloud-based streaming technology that lets users play Xbox Game Pass titles on phones and tablet devices. Microsoft announced Project xCloud in October 2018, and the service has been in public testing since September 2019 in some countries. Access to Project xCloud is limited to the U.S., Canada, South Korea, the U.K., and “many countries in western Europe,” according to an FAQ on the Xbox website. The streaming service is currently compatible with Android smartphones and tablets; Microsoft launched a limited test version of xCloud on iOS devices in February.

“With cloud gaming in Game Pass Ultimate, you will be able to play over 100 Xbox Game Pass titles on your phone or tablet,” head of Xbox Phil Spencer said in a post on Xbox Wire. “And because Xbox Live connects all across devices, you can play along with the nearly 100 million Xbox Live players around the world. So when Halo Infinite launches, you and your friends can play together and immerse yourselves in the Halo universe as Master Chief—anywhere you go and across devices.”


More information about Project xCloud is available at the official Xbox website.

TheGoldenTouch said:
@manigamer is it ok to buy gamepass from daraz? they are selling cheaper than official rates.
Click to expand...

umm should be fine, just make sure the seller is legitimate see his score etc.
Reactions: TheGoldenTouch

Phil Harrison once again confirms all Xbox first party games for the next couple of years will be cross-gen.

We want every Xbox player to play all the new games from Xbox Game Studios. That’s why Xbox Game Studios titles we release in the next couple of years—like Halo Infinite—will be available and play great on Xbox Series X and Xbox One. We won’t force you to upgrade to Xbox Series X at launch to play Xbox exclusives.
Click to expand...

I don't see a problem with this. Save for a couple odd games that studios are forced to make to drive new console sales, next-gen doesn't hit its stride until a couple of years later any way.
You must log in or register to reply here.
Share:
Facebook Twitter Reddit Pinterest Tumblr WhatsApp Email Link