its Me said:
Any suggestion for a PC gamer on how to play this game?
Suggestion other than: Buy PS5
Click to expand... 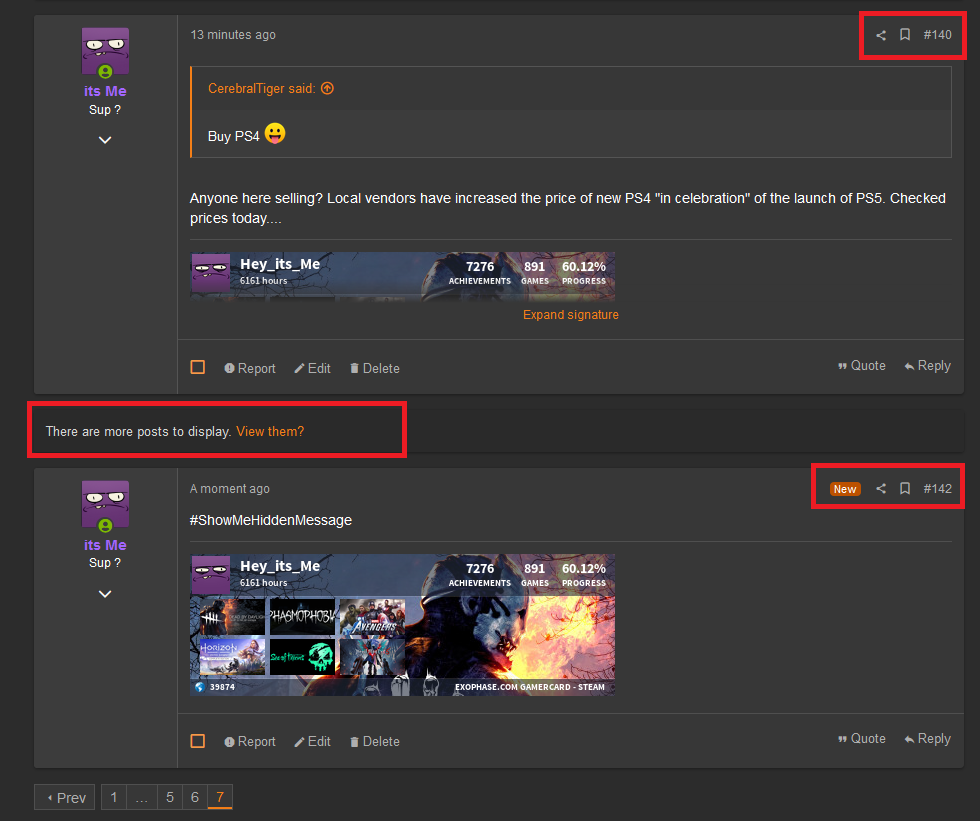 @its Me F
Reactions: its Me

its Me said:
Anyone here selling? Local vendors have increased the price of new PS4 "in celebration" of the launch of PS5. Checked prices today....
Click to expand...

I'm selling my PS4 Pro, but I'm guessing you're looking for the base model. You should be able to find those used as well.
Reactions: its Me

CerebralTiger said:
I'm selling my PS4 Pro, but I'm guessing you're looking for the base model. You should be able to find those used as well.
Click to expand...

PM me the price details and delivery charges to Khi etc, I will think about it.....
Reactions: CerebralTiger

its Me said:
PM me the price details and delivery charges to Khi etc, I will think about it.....
Click to expand...

I had sent it to Amaga for sale, actually. Will ask him to send me some pictures of it so I can forward them to you. Will PM you later today.
Reactions: its Me


Insomniac says a post-launch patch will add PS4 save exports

Spider-fans who have played (or are still playing) Marvel’s Spider-Man on PlayStation 4 will be able to carry over their progress to the remastered PlayStation 5 version of the game, a reversal from developer Insomniac Games. The studio announced the change on Twitter on Monday, saying that game-save transfers will be available sometime after Marvel’s Spider-Man Remastered launches on PS5 this week.

“We have heard you - in an upcoming update for [Marvel’s Spider-Man on PS4], we will add the ability to export your save to Marvel’s Spider-Man Remastered,” Insomniac said in a tweet. “This update will also add the three new suits from Remastered to the PS4 game. We expect to bring you this update around Thanksgiving.”

(You can see Spider-Man Remastered’s new suits, and learn more about each one’s history, in Polygon’s guide.)

Insomniac originally said in September that saves would not carry over from the PS4 game to its PS5 remaster. That was extra salt in the wound for owners of the PS4 version of Marvel’s Spider-Man who found out they wouldn’t be able to upgrade their current-generation copy of the game to the next-gen version for free.

Marvel’s Spider-Man Remastered will be released Nov. 12, in tandem with Sony’s launch of PlayStation 5. The remastered version of the game will include The City That Never Sleeps DLC, and is included as part of the Spider-Man: Miles Morales Ultimate Edition collection.

And they're also bringing in the 3 new suits to Spider Man PS4.

The remastering is also very extensive, so many textures have also been redrawn/re-rendered

This means one in every five PS4 owner on average has bought this game.

ps4 haha so long for next gen i knew it.