shh, no crow, only Miles. 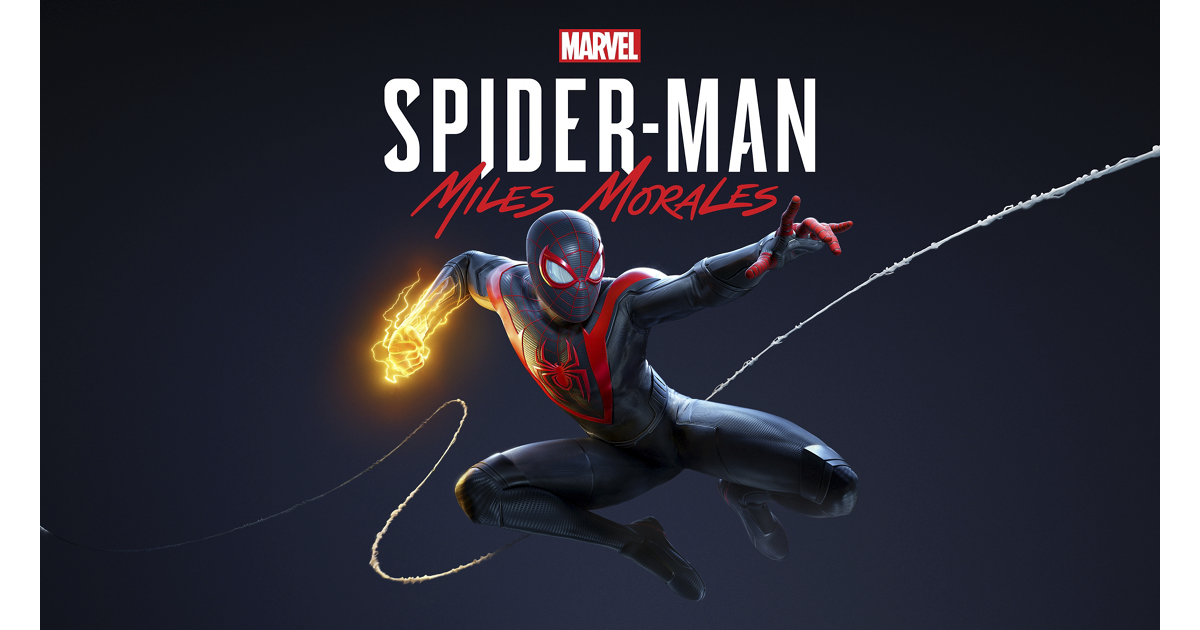 "Zip across Marvel's New York in no time"...does this mean faster traversal on PS5?

"Zip across Marvel's New York in no time"...does this mean faster traversal on PS5?
Click to expand...

It still sounds weird if one SKU has a faster character than the other. Maybe they just mean fast travel times. I can't imagine it will be a case where SM on PS5 will swing at 1.5x the speed of SM on PS4.

Marvel and Sony are teaming up to release a prequel novel for the game:

Now please, Insomniac, announce a release date for Ratchet & Clank along with a digital deluxe edition so people who aren't going to get even the regular edition can whine and complain about its price lol.


-Peter is mostly in the shadows playing the role of a mentor, he communicates with Miles, example they gave was a text, they also interact physically in the story
-Peter's story will also move forward in this game
-After the opening sequence Peter tells Miles Mary Jane is going to Symkaria and that he will be joining her as the photographer
-Miles Uncle is in the game, but no indication he was or is the Prowler
-True sequel that likely sets the stage for what comes next, a bit shorter than the first game. Not considering it a side story
-Will have new and familiar characters
-Set 1 year after the first game Miles is 17 years old

Opening Sequence:
-Saw the opening sequence running on PS5, calling it as action packed as they come and has a familiar villain (Rhino) that helps set the stage on how Miles becomes a different Spider-Man
-Peter and Miles are both in the opening and take on Rhino and the henchman together, Peter is riding around Rhino as he crashes through buildings and objects and the destruction on hand is impressive.
-The fight goes through several buildings, through a park with a large Christmas tree, and then a mall where a familiar character is playing as a mall Santa (J Jonah Jameson)
-They describe this whole sequence and set piece moments as larger and crazier than the first game
-Saying what Insomniac learned in the first game allowed Insomniac to add crazier action, and set pieces in the sequel and it's really apparent in what they witnessed


Suits:
-Beginner Suit: Miles' homemade suit, similar to the Spiderverse suit
-Gift Suit: Gifted to Miles and is not technologically advanced, looks like pajamas
-Iconic Suit: The suit we have all seen in the promo material
-TRACK Suit: This is one of the DLC suits, the white one with the red spider
-Cat Suit: Masked cat in a backpack lol
-2020 Suit: Futuristic looking suit with LED's

Combat Details:
-Hold L1 to charge the Venom in Miles
-While holding L1, each face button when tapped has a different move
-All the Venom attacks cause Venom Stun to enemies and they are more vulnerable to attacks in this state
-Venom isn't unlimited and is built up like Peter's focus meter
-Describes the sensation of charging the venom attack as building up in the left side of the Dual Sense controller and then flows to the right side and rumbles again when you push a face button
-Miles has his own set up gadgets and they are used just like in the first game
-Able to perform stealth takedowns from ceilings and walls now
-Can also reset stealth encounters after being seen by using Miles' Camouflage ability, enemies will then become frightened and fire wildly into the air and try to flush him out with grenades
-Some enemies are able to see you even when camouflaged

Swinging:
-Largely is the same as the first game, but Miles has more tricks he can do while swinging around to earn exp, inspired by sky diving techniques
-Feel a little rumble when shooting out a web and as you swing the trigger tightens as you reach the end of the swing

Open World:
- New York is broken up into districts like the first game, where you have to complete activities and stop crimes to 100%
- New crimes in this one, but there will be a couple returning from the first game
- No puzzle lab activity this time around
- Want to provide meaningful rewards to everyone that completes the activities, mention suits

Soundtrack:
- One of Miles hobby is mixing, so one of the collectibles in the game is related to music and possibly has to do with sampling.
- Game will feature original and licensed songs from Kid Cudi, and Jaden Smith as well as others.

Other Details:
-Talk about how detailed Harlem is, making you want to stop the character and just look around to soak it all in
- Although Harlem is the same size, they have increased the detail in the area and made it more lively, brought in consultants to make sure Harlem was brought to life. Treated Harlem like a character itself
-Swinging motion is not as good as Peter's, his body kind of jolts about as he's swinging through the air, with less control of his arms and legs. Describe him as a bit of a "helicopter" in his movements
-Other villains will be in the game besides Tinkerer and the one mentioned above in the opening sequence, but not as many as Peter faced.
-No more police scanner concept, it is replaced by something Ganke invented that helps all the neighborhoods connect and inform Miles of activities and crimes currently taking place. They call it the Friendly Neighborhood Spider App. Bring up the app whenever you want by swiping left on touchpad and the game slows down to allow you to choose crimes or activities by pressing L1 and R1

I put certain things in spoilers just in case someone doesn't want to know what the opening sequence shows and some story details.

Gonna stick with the PS4 version for this year, CT's PS5 version and mine PS4 will lead to in depth CriTical Analysis

Chandoo said:
Gonna stick with the PS4 version for this year, CT's PS5 version and mine PS4 will lead to in depth CriTical Analysis
Click to expand...

i've said it plenty of times I'm not buying a PS5 this year, but always nice to see so many fans anticipating my words

Chandoo said:
i've said it plenty of times I'm not buying a PS5 this year, but always nice to see so many fans anticipating my words

yeah you'll get yours in january we get it