Resident Evil Village launches in May, also coming to PS4, Xbox One 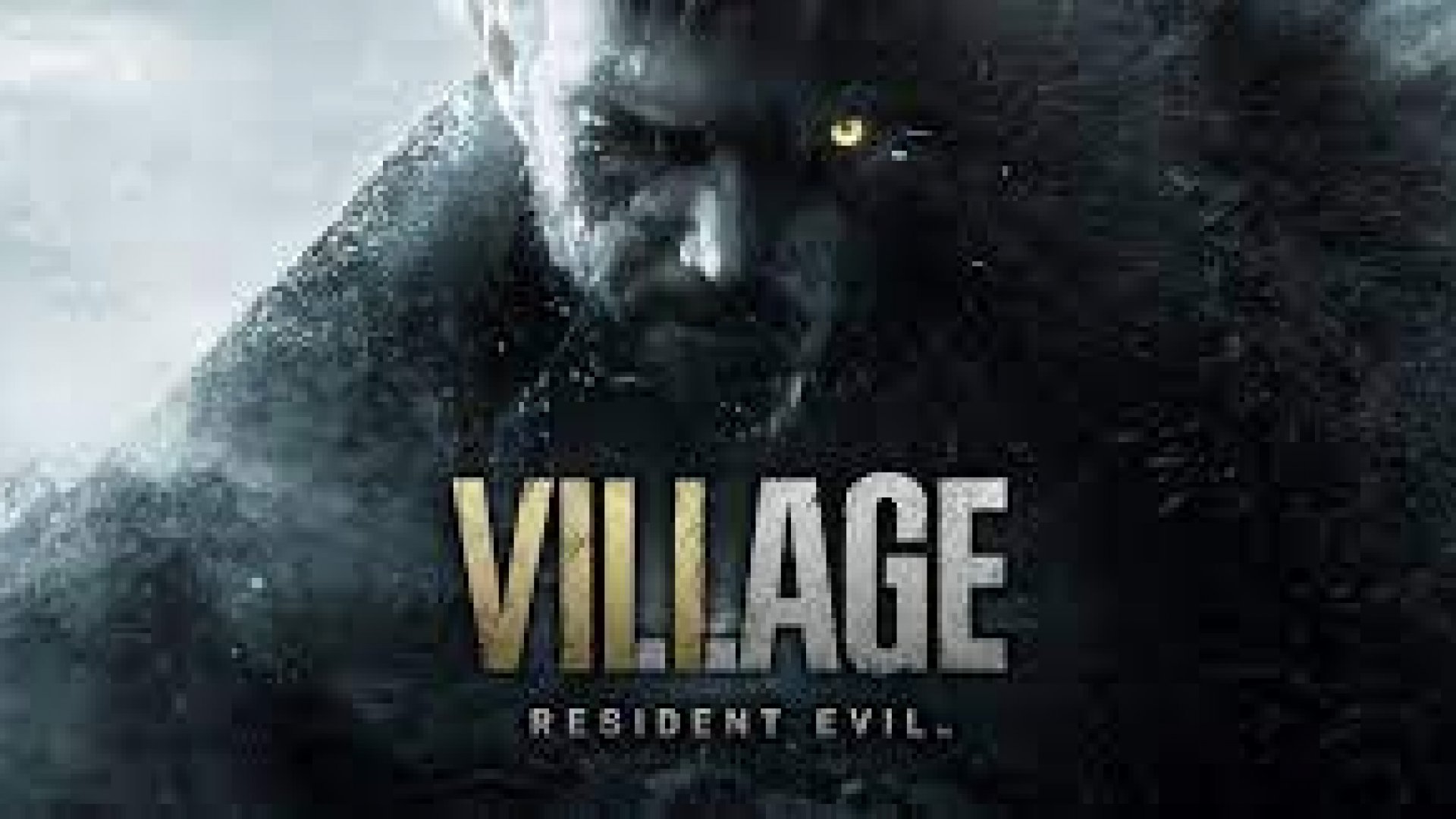 RESIDENT EVIL VILLAGE
The next generation of survival horror rises in the form of Resident Evil Village, the eighth major entry in the Resident Evil series. With ultra-realistic graphics powered by the RE Engine, fight for survival as danger lurks around every corner. 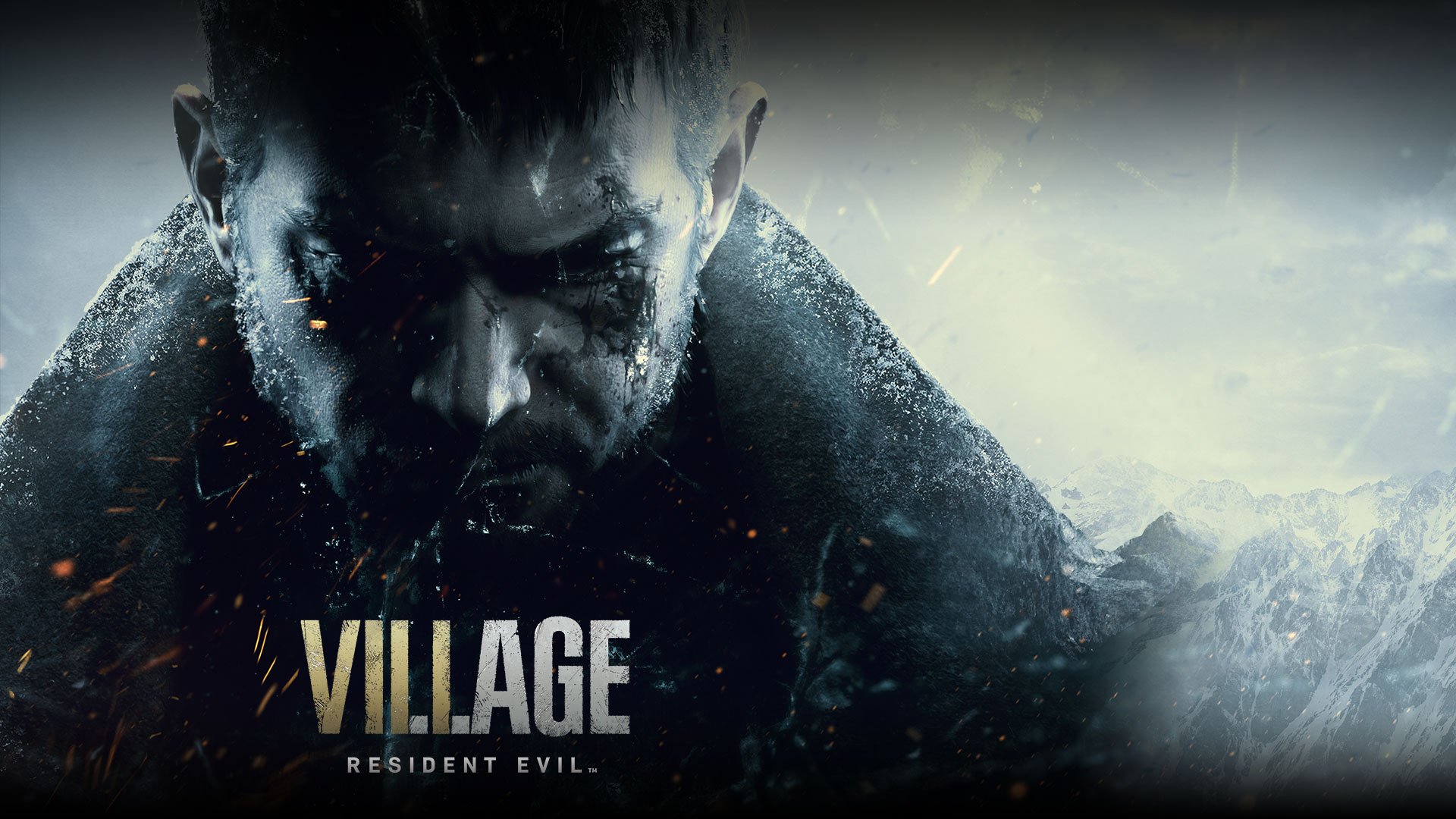 Resident Evil Village is rated 'Mighty' after being reviewed by 181 critics, with an overall average score of 84. It's ranked in the top 8% of games and recommended by 92% of critics.

Set a few years after the horrifying events in the critically acclaimed Resident Evil 7 biohazard, the all-new storyline begins with Ethan Winters and his wife Mia living peacefully in a new location, free from their past nightmares. Just as they are building their new life together, tragedy befalls them once again. • First-Person Action – Players will assume the role of Ethan Winters and experience every up-close battle and terrifying pursuit through a first-person perspective. • Familiar Faces and New Foes – Chris Redfield has typically been a hero in the Resident Evil series, but his appearance in Resident Evil Village seemingly shrouds him in sinister motives. A host of new adversaries inhabiting the village will relentlessly hunt Ethan and hinder his every move as he attempts to make sense of the new nightmare he finds himself in.
Last edited by a moderator: May 5, 2021

Some more LEAKED RE8 info.

Again, leaked and should be taken with a grain of salt until official.

TL: DR - RE8 will be a direct story sequel to RE7, will involve Ethan, Mia and Chris Redfield and tackle more 'supernatural' elements similar to the canceled RE4 prototype with the hook man (video below the RE8 video)

This is the original RE4 prototype which got scrapped some ways into development: 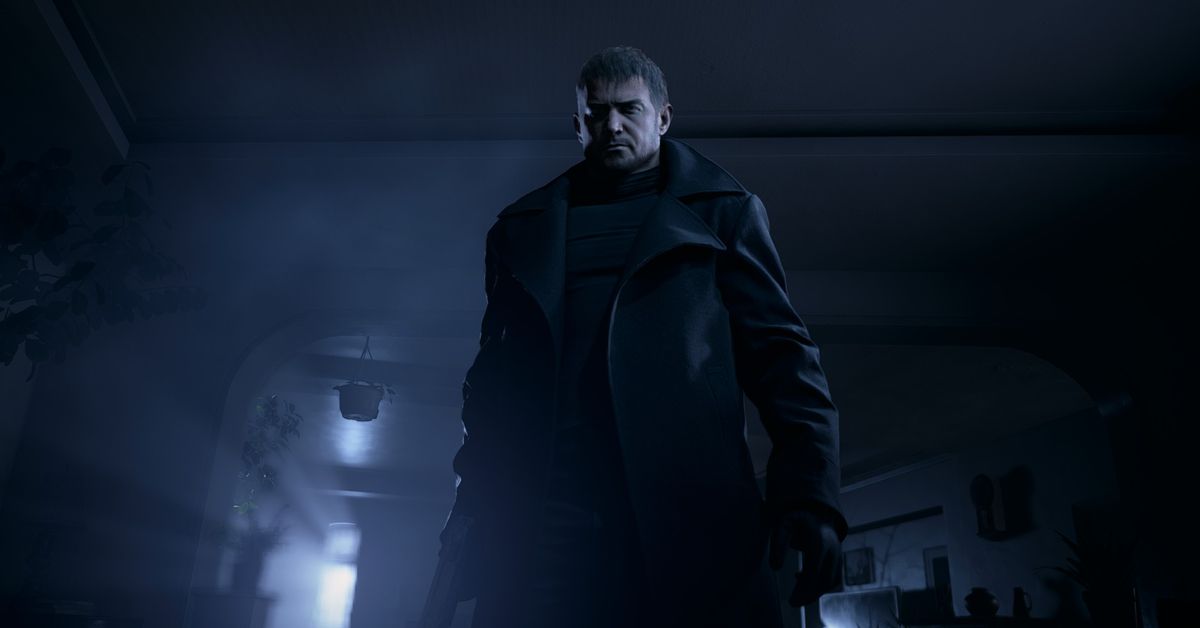 Resident Evil Village launches in May, also coming to PS4, Xbox One

So would this be another FPS entry? After playing the fantastic RE2 remake I just wish they go back to the good old Resi formula.


Sent from my iPhone using Tapatalk 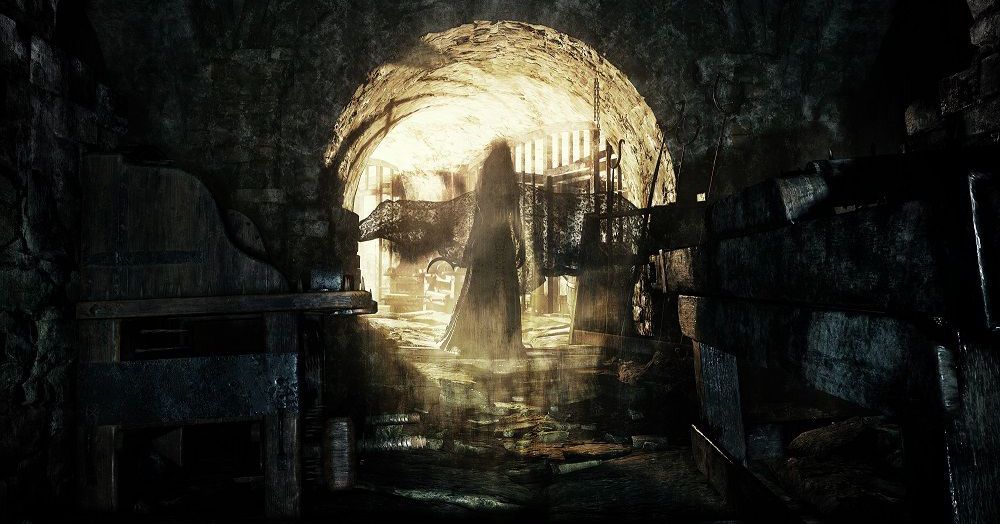 If it is first-person, I hope it comes with PSVR support.

Capcom premiered first gameplay from Resident Evil Village, the eighth main entry in the survival horror franchise, during its Resident Evil Showcase on Thursday, giving fans a glimpse at the direct sequel to Resident Evil 7 biohazard. It appears that Village will be heavily influenced by another game in the franchise, the beloved Resident Evil 4, based on its setting, characters, and inventory system.

While Village will retain the first-person perspective of RE7 — and its protagonist, Ethan Winters — the sequel is dripping with RE4 vibes, from its village setting to its quirky in-game merchant. Here’s what we learned about Resident Evil Village today, based on a new trailer and a brief gameplay segment.

ETHAN RETURNS
We’ve known that Ethan Winters, the everyman hero of RE7, will return for Village. Now we know why: He’s searching for his kidnapped daughter. And it appears Resident Evil veteran Chris Redfield may be … behind that kidnapping? Ethan must make his way from the surrounding village to the similarly spooky castle, where a Giant Vampire Mom (real name: Lady Dimitrescu) and her man-bloodthirsty vampiric daughters reside.

Ethan will have plenty of weapons at his disposal, like pistols, shotguns, and rifles. He can also act defensively, guarding against melee attacks similar to Resident Evil 7.

But it’s the mutated villagers and creepy castle of Village that feel a lot like we’re stepping back into the world of Resident Evil 4. The castle of Village is incredibly detailed and ornately decorated, and seemingly run by an evil, cultish family, with the mysterious Mother Miranda at the very top. The decaying and dilapidated house of RE7 is gone; Village brings back that classic Resident Evil mansion atmosphere, with suits of armor, marble statues, and an ostentatious foyer that will likely serve as your entry point into the castle. 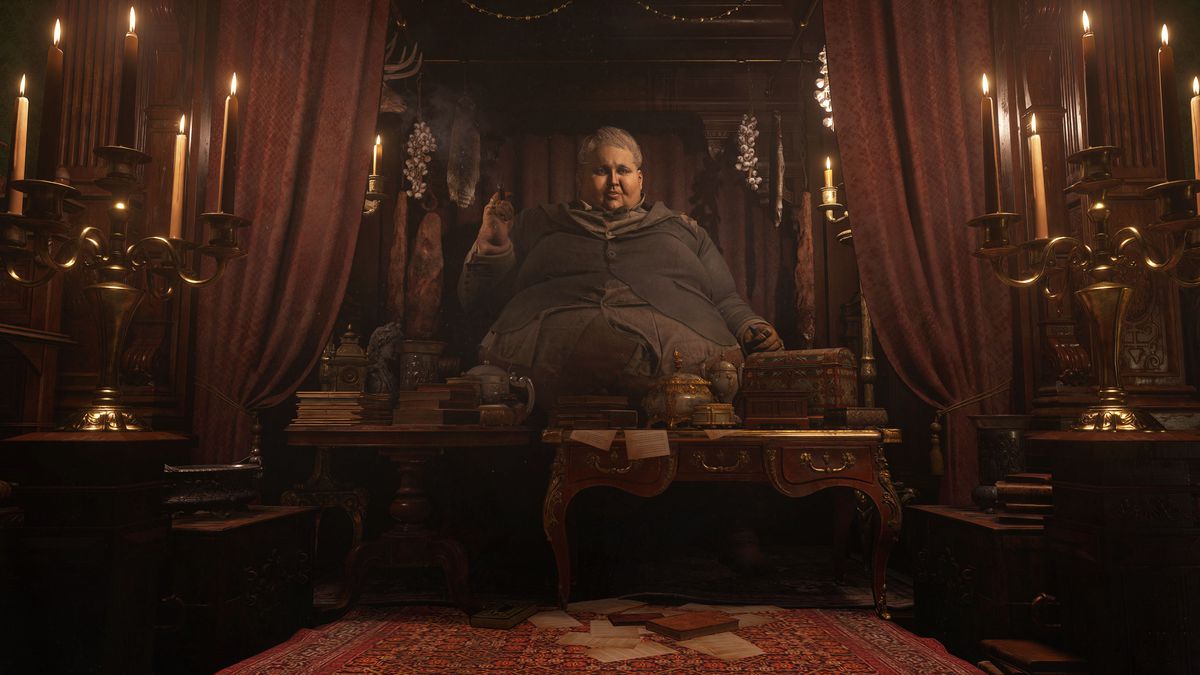 Image: Capcom
Village will also bring back a merchant character. This one’s named The Duke. According to producer Pete Fabiano, The Duke will buy and sell weapons and other supplies. He’s “an interesting fella,” Fabiano says, and will show up throughout the course of the game — seemingly protected from vampire threats by cloves of garlic.

FRANCHISE STAPLES
Resident Evil Village doesn’t appear to have traditional zombie-like characters. Instead, the threats appear to be inspired by werewolves and vampires, with the occasional El Gigante-sized giant villager with a mean-looking hammer.


Players will also have to destroy sundry vases and decorative objects with their trusty knife to find supplies (green herbs, etc.) hidden throughout the castle. Players will also have to keep an eye peeled for collectibles. Like the Mr. Everywhere statues of RE7 and Mr. Raccoon figures of Resident Evil 2, tiny wooden goats will be strewn throughout the village and castle, eager to drain your limited ammo supply.

Here’s what else Capcom announced today:

Resident Evil Village will be released worldwide on May 7, 2021, for PlayStation 4, PlayStation 5, Windows PC, Xbox One, and Xbox Series X.

venom said:
So would this be another FPS entry? After playing the fantastic RE2 remake I just wish they go back to the good old Resi formula.


Sent from my iPhone using Tapatalk
Click to expand...

After the popularity of RE 7, it was kind of given that they would go for the FPS route. The experience was amazing none the less.

Sent from my SM-G988W using Tapatalk 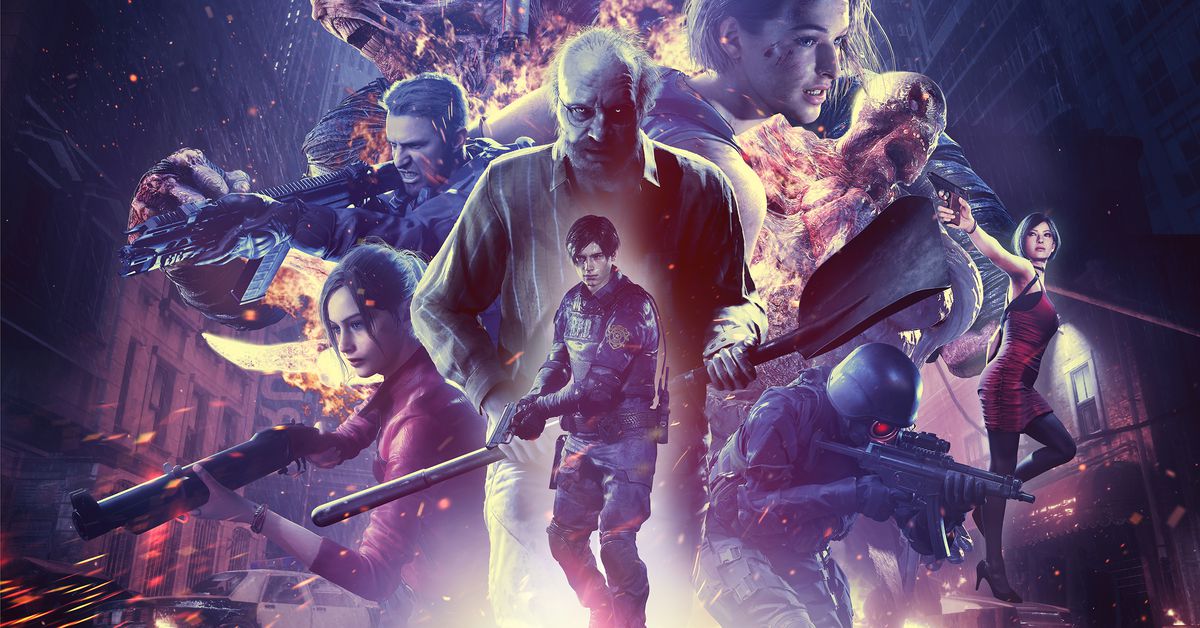 Play as a variety of Resident Evil heroes and villains

I hope it stays first person. It makes for an objectively more immersive experience and RE7 was better for it.

Digital Foundry have a quick video out about the demo

It's definitely gonna be FPS and I am loving it already.

damn the moment they gave out those filmygrainy and those baker family type characters i knew re8 was here. i haven't yet played re7 but wtf chris gone bad whoa

I played the Demo last night it was amazing fully detailed amazing graphics, next gen is simply amazing.

Developer message video with new footage and info on what the game is:

ohh man the internet does not disappoint habba habba 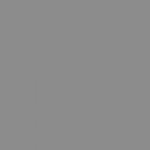