A new publisher label listed on Steam reinforces that Sony is committed to porting more of its exclusives to the PC platform in the future.

It seems that Sony is doubling down on its commitment to porting PlayStation exclusives to PC with a new label. PlayStation published games started coming to PC back in 2016 with Everybody’s Gone to Rapture. However, PS4 exclusive titles have only recently made the jump from Sony consoles. Horizon Zero Dawn was the first to make the jump after a rocky launch. Since then, Days Gone, the Uncharted: Legacy of Thieves Collection, and God of War are either already on PC or in development for the platform.

Sony’s recent acquisitions point in the direction of where it wants to take its latest console. Specifically, the acquisitions of Firesprite and Nixxes. While Firesprite has experience in developing VR titles, Nixxes’s experience stems from porting games to PC. Nixxes has developed ports for Tomb Raider and Hitman: Absolution and already did work for PlayStation with ports for Days Gone and Horizon Zero Dawn. Because of this work, it’s understandable as to why PlayStation decided to acquire the PC porting studio.


According to VGC, Steam users noticed the switch from the “PlayStation Mobile” label to “PlayStation PC LLC” on the publisher’s tag for the Days Gone PC port Wednesday, October 27. A listing on Corporation Wiki, which lists PlayStation PC LLC as an active corporation since April 13, 2021, confirms the switch. Although Sony has yet to say anything itself, it seems as though this will be the group responsible for PC ports for the foreseeable future.

An official label confirms one aspect of Sony’s strategy but raises other questions. It confirms that Sony is all-in on PC support for its exclusive titles. But one has to wonder if Sony is planning on ever releasing a PlayStation exclusive game on PC the same day. Recent interviews point in that direction, as Sony Interactive Entertainment head Jim Ryan said that his goal is for PlayStation games to reach millions. However, former PlayStation boss Shawn Layden thinks differently, stating that exclusives drive more people to buy a PlayStation.

Whether or not new PlayStation games will come to PC day one or not, Sony still plans to port new games to the platform—albeit with some caveats. Current PlayStation Studios head, Herman Hulst, said earlier this year that Sony games would eventually make their way to PC, but it would be years after its initial release. Sony isn’t keen on delivering its greatest hits to another platform when it has a console of its own to support.

Sony’s new label is an indication that PlayStation games on PC will continue to become a standard occurrence in the future. However, it’s uncertain if features, like haptic feedback or adaptive triggers, will be fully supported on PC just yet. Few games on PC have DualSense features enabled, which won’t change until more developers embrace the DualSense as a PC gamepad.

I dont know who this lady is? Can you explain please...

MadDemon said:
I dont know who this lady is? Can you explain please...
Click to expand...

Works in Marketting at Twitch and does a podcast with former Giantbomb and Gamespot members. Speculating that Bloodborne PC must be a project being worked on. Doesn't mean much beyond that.
Last edited: Oct 30, 2021
Reactions: MadDemon and CerebralTiger

She seems convinced, but its still speculation. Not sure whats so hard to comprehend. Then again, reading has been hard for CerebralTiger in the past

That banner sure is something; all multiplatform games. lol

Can't wait for MLB games to be published by PlayStation Xbox 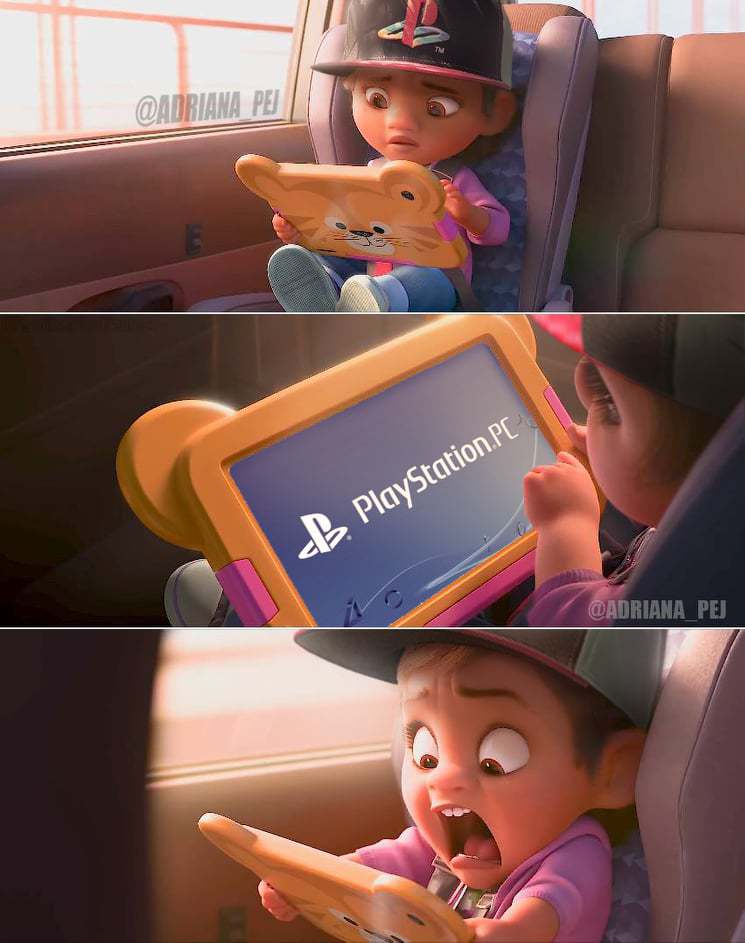 i dont know what the BIG FUSS IS ABOUT ? like the people overexaggerating here haven't already played all the ps exclusives either on a borrowed or bought or rented console already. its a just a marketing strategy from sony to follow in the footsteps of xbox which it is doing in the past few years now.
You must log in or register to reply here.
Share:
Facebook Twitter Reddit Pinterest Tumblr WhatsApp Email Link