Why do they give shitty American sports games like NBA and MLB? Cuz I have a US account. :/

I have the TR game but Erica sounds worth trying.

I think this is the first time they've offered 3 full PS4 games right ? ever since they discontinued PS3/Vita games they've stuck to 2 games per month if i'm not mistaken

Chandoo said:
I think this is the first time they've offered 3 full PS4 games right ? ever since they discontinued PS3/Vita games they've stuck to 2 games per month if i'm not mistaken
Click to expand...

erica isnt a game, its a motion video thriller of types an experience of sorts.

No interest in the sports titles.
RotTR was already platinum'd when it was released.

They've given 3 games previously as well on special events like E3. CoD:BO 3 or 4 was given this way, and Destiny 2 too i think. Sony is uber kanjoos. 10 year anniversary is a big thing and they are giving just one good game (RotTR). Hell, they should've given a good free game to everyone to lure them to PS+.

The Call of Duty campaign joins the online party game


PlayStation Plus subscribers will get access to two games in August: Call of Duty: Modern Warfare 2 Campaign Remastered and Fall Guys: Ultimate Knockout.

August’s PS Plus games are unusually timely: the Modern Warfare 2 campaign remaster came to PS4 back in March, and Fall Guys: Ultimate Knockout is a brand-new release. And next-month’s PS Plus releases are staggered: Modern Warfare 2 Campaign Remastered will be available to subscribers on Tuesday, July 28, while Fall Guys arrives Tuesday, Aug. 4.

Call of Duty: Modern Warfare 2 Campaign Remastered is (as is probably obvious from the title) a remaster of Infinity Ward’s first-person military shooter. The remaster only includes the campaign (again, probably obvious) and not the multiplayer component of the 2009 Call of Duty game.

Fall Guys: Ultimate Knockout is a massively multiplayer online party game for up to 60 players. It features physics-based action with free-for-all brawls and team-based co-op challenges. Its debut on PS Plus is sure to give Fall Guys a wide audience, a la multiplayer sensation Rocket League, which similarly debuted on Plus back in 2015.

Street Fighter 5 and PUBG are September’s PlayStation Plus games


Combat of all kinds 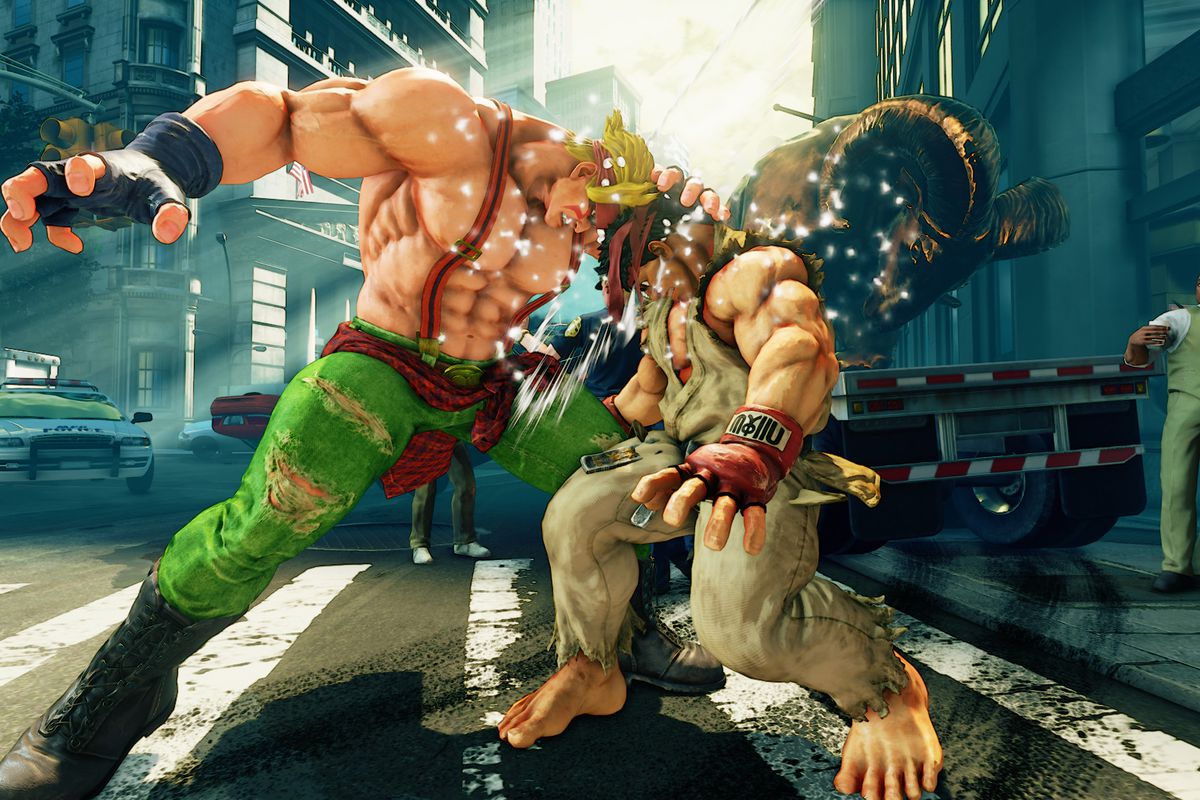 PlayerUnknown’s Battlegrounds and Street Fighter 5 are the games in September’s PlayStation Plus lineup, Sony announced Wednesday.

Street Fighter 5, developed by Dimps and Capcom, launched in February 2016 on PlayStation 4 and Windows PC. Capcom has re-released the fighting game twice since then, with Arcade Edition in January 2018 and Champion Edition in February 2020. Those packages came with additional content such as new modes, and also included add-on characters.

It appears that the version of Street Fighter 5 that will be free on PlayStation Plus is the original game, which now has a regular price of $19.99, having achieved greatest-hits status.


Capcom is hosting online Street Fighter 5 tournaments from Sept. 4 to Oct. 3, so PlayStation Plus members in the U.S. and Canada will be able to get in on the action even if they don’t currently own the game. Winners of the monthly finals will earn a share of a $1,000 prize pool.

PlayerUnknown Battlegrounds (regularly $29.99) debuted in late 2017 on PC, and helped kick off the battle royale craze that continues to this day. The Xbox One and PS4 versions followed in the latter half of 2018. Last month, developer PUBG Corp. released an updated version of the Sanhok map with the game’s new season.

Both games will be available free for PlayStation Plus subscribers from Sept. 1 until Oct. 5. In the meantime, the August games — Fall Guys: Ultimate Knockout, which just became the most downloaded game in PlayStation Plus history, and Call of Duty: Modern Warfare 2 Campaign Remastered — are still up for grabs. 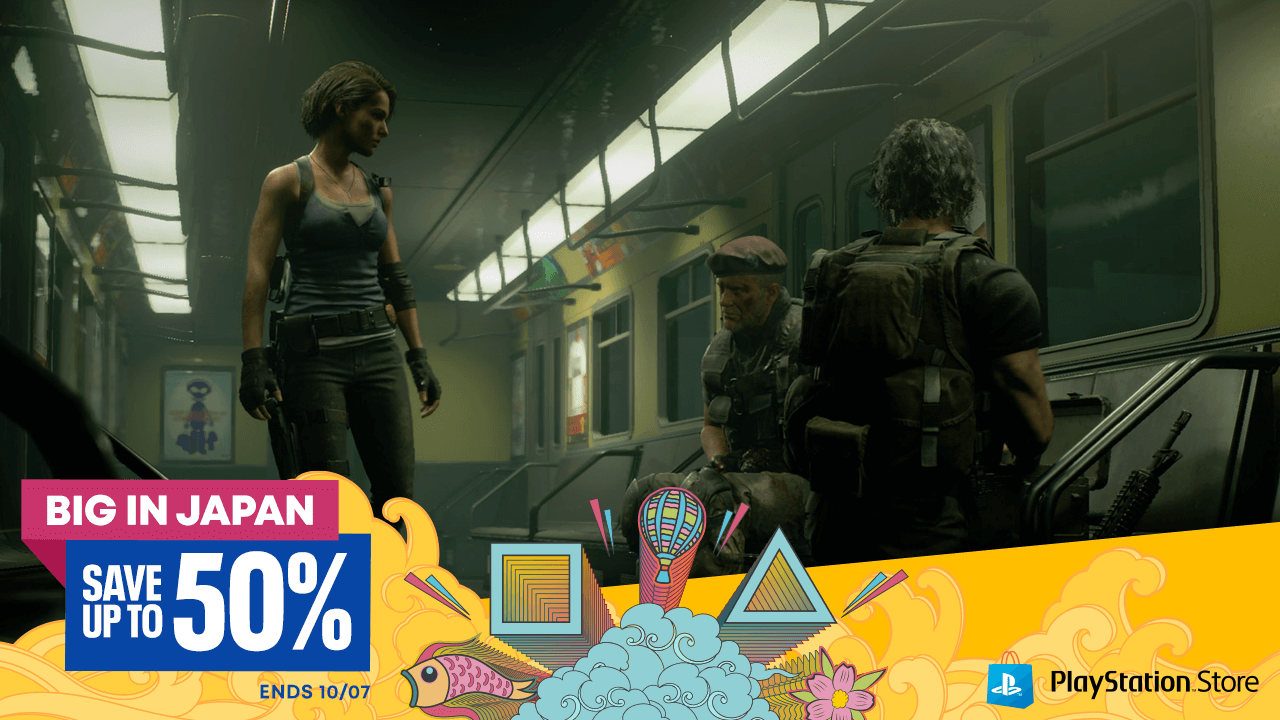 Save up to 50% on titles like Resident Evil 3, Tekken 7 and Dragon Ball Z: Kararot
blog.playstation.com

Picked up Tales of Berseria for £3

Yeah, this is one of the better sales in a while, a lot of good Japanese games on sale.

Gravity Rush 1 and 2 are both available for <$9.99 each. There was a time not too long ago GR2 used to be a rare game and used copies were selling for higher than retail of new releases.

Need for Speed: Payback and Vampyr are October’s free PlayStation Plus games


Car heists and vampires are coming to PlayStation Plus this month

On Wednesday, Sony announced that Need for Speed: Payback and Vampyr will be the free PlayStation Plus games for October.

Need for Speed: Payback was developed by Ghost Games and originally released in 2017. This entry in the famed racing series lets players take control of three playable characters as they race around the open world of Fortune Valley, the game’s stand-in for Las Vegas. The game features dozens of cars that players can use to pull off complicated and increasingly daring driving-based heists while dodging the cops.

Vampyr is an action role-playing game developed by Dontnod Entertainment that lets players take control of doctor-turned-vampire Jonathan Reid. As Reid, players can choose between open combat, satiating their vampiric craving for blood, or taking on a more mild-mannered, stealthy approach to helping the inhabitants of London instead of feasting on them. Vampyr is also set during the Spanish flu, which is relevant in October 2020 for reasons you are probably extraordinarily aware of.

Both of these games will be free for PlayStation Plus subscribers starting on Oct. 6 and lasting until Nov. 2. Meanwhile, you can still pick up September’s free games, Street Fighter 5 and PlayerUnknown’s Battlegrounds, until Oct. 5.

Thank You Sony as usual for providing games I already own.

XPremiuM: How much do you make from mining anyway? It can't be much, or is it? 1 minute ago
Chat 0
Top Bottom