basically u would want european or us region ! dont get japanese for sure... plus this thread isnt the one to ask this kinda questions... this thread is for upcoming and released games only

Though many Americans are still at home and relaxing with time off from work for the Christmas holiday, Nintendo is still just as active as ever. Today the company aired its second "Nintendo Direct" pre-recorded video presentation, and just like the first time this kind of thing happened back in October we've received an array of new announcements.

Nintendo President Satoru Iwata primarily focused the 45 minute running time of this latest video discussing upcoming game software scheduled to hit the Wii and 3DS in the first quarter of 2012 -- so pretty much anything hitting store shelves in January, February or March got a mention from him, while some of the more important titles also received air time for promotional trailers. Almost all of this release date information was targeted specifically for Nintendo's Japanese audience, though, so there's no point in reiterating most of it here for our American and European readers -- especially since we expect that we'll be getting a follow-up English-language version of this broadcast within the next 24 hours to offer appropriately equivalent information for our regions.

What is pertinent, though, are some details dropped regarding Kid Icarus: Uprising, Fire Emblem 3DS and the 3DS eShop.

First up, Kid Icarus. Mr. Iwata spent some time showing off the game's three-on-three multiplayer mode, and confirmed that Kid Icarus: Uprising will support online multiplayer. Nintendo fans in America and Europe have just started to get a taste for worldwide 3DS competition through the recently released Mario Kart 7, and it seems Kid Icarus will be the next place to use your portable to assert your dominance against friends and foes a world away. The multiplayer is in final testing right now, Iwata said, and we already knew that the game is set to ship in America and Europe in March of 2012. (Just a few months away.)

Next, Fire Emblem 3DS -- which was given an official Japanese name of "Fire Emblem: Kakuse" and a Japanese release date of April 19, 2012. This will be an all-new entry in the on-going Fire Emblem franchise and will support two-player co-op play for the first time in series history -- some footage was shown off of the game's new two-on-one battle scenes.

Interestingly, though, President Iwata did not address a story that Japanese press broke about a day ago -- that this Fire Emblem will be the first first-party Nintendo game to support paid DLC. If it's true, it would make sense -- the Fire Emblem games' storylines are naturally separated into distinct chapters, and so selling additional side stories after the main plot is finished seems reasonable. But we'll apparently still have to wait a while to see if Nintendo is going to confirm that this is actually happening.

Lastly, some eShop news. Nintendo previously announced that downloadable demos for retail software would become available soon in the Shop, and today the company made good on that promise -- President Iwata announced that retail software demos will go live today in the eShop. This is still just in Japan, mind you, but America and Europe may very well be getting the demos delivered too within the next 24 hours -- and the first four titles to get the demo treatment are major names, including:

Not bad, huh? It wouldn't be so terrible to play a free chunk of each of those titles as part of your Christmas break, now would it?

Note of Clarification: Reader Wariofan632 has kindly reminded me that Japan had already had some 3DS demos before today, so these four are simply a new batch. Even still, though, those are four major names -- and I'd think if Nintendo of America was going to get on the ball with offering demos here, it would need to happen very soon (since the first game on that list, Resident Evil: Revelations, is shipping to stores here in just over a month.)

Once again, though, we'll have to wait to see if Nintendo's American and European divisions match Japan's announcements. Stay tuned for news of the English-language Nintendo Direct announcement videos soon, when and if they appear online.
Click to expand...

Max and the Magic Marker (EU) version just released for the Nintendo DS, ran it on acekard and it works great =D.

AOA
Can someone tell me where I can find those DS cartridges with multiple games in RWP/ISb. How much should I pay for any such cartridge.
Regrads a. 3D Original Games in Development

did it release early :S no wait thats the official date of europe, us gets later i think.

Mario Golf World Tour:
Mario, Luigi and their Mushroom Kingdom neighbors are teeing up once again in Mario Golf: World Tour. The Nintendo 3DS game includes both simple controls and a deeper experience for golf fans, plus courses that range from traditional to those inspired by the Mushroom Kingdom.

Sonic Lost World:
In his latest plot to defeat Sonic and rule the world, Dr. Eggman harnessed the power of six menacing creatures known as the Deadly Six. However, when they rise up against Eggman, Sonic must unite with his arch nemesis & explore the mystical Lost Hex to take them on.In Sonic: Lost World, use Sonic’s amazing new moves and incredible Color Powers as you race across unique terrains -- racing inside, outside & upside down. Save the world and take on the Deadly Six in dynamic boss battles that will test Sonic’s moves to the max. 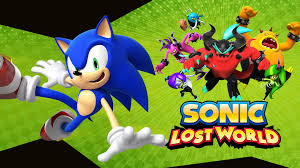 Mario Party Island Tour:
Mario Party: Island Tour for the 3DS features seven different game boards, each with its own set of rules. The game offers 81 new mini-games that test speed, concentration and luck. In addition to the board game elements, players are able to play mini-games exclusively or try their hands at a 30-floor tower climb, AR Card games and StreetPass battles. 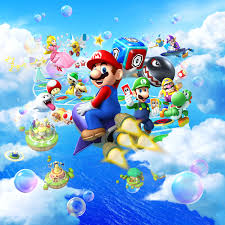 Experience the emotion of scoring great goals in FIFA 14. The game plays the way great football matches are contested, with innovations to the gameplay that inspire fans to build play through midfield, dictating the tempo of a match.
Feel the tension as chances are created, and experience the thrill of hitting the back of the net. A new feature called Pure Shot and a brand-new ball physics system will transform shooting, making every shot attempt feel real. FIFA 14 delivers online features and live services that connect fans to the heartbeat of the sport—and to each other—through EA SPORTS Football Club. FIFA 14 is football's social network, where fans connect, compete and share with millions of others around the world. 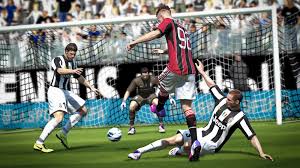 Based on ABC's popular TV game show, the game gives players greater control as they test their agility, endurance and abilities.
For the first time ever, players can design, play, and share their very own chaotic courses with the all new Course Creator. Choose from easy, medium or hard obstacles and try to beat your course, and then share the unique code with your friends and family! In addition, compete as either fan-favorite or all-new characters in over-the-top new courses like Prehistoric Panic and Wipeouts Ahoy with all new themed obstacles. You can also challenge your friends to reign supreme in side-by-side or team local multiplayer. 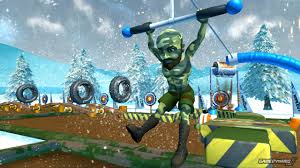 Mere BHAI app ko pehle bhi kaha tha before making such threads use the search function or take a look at the sticky threads ( orange threads above on the page ).. i've moved ur thread over in the appropriate THREAD...
A

Bluff Master said:
is there any one here at pg who owns 3ds yet?
Click to expand...