18 million views in 3 days lads. The thirst for this game is very real

my dick is already so throbbing hard. CD projekt red is really good at giving me blue balls. PLS CAN TIME FLOW FASTER
Also essentially means there's a lot of depth. having a 107 hours in the game i don't think playtime will be too big an issue. I think the main story will be around 40hours but man i can't wait for all the juicy side content where CD projekt red really shines. Not to mention lifepaths adding a lot of replayability. hhhhhhh time 2 hibernate as soon as dis game comes out

Ah well, a shame CDPR aren't delivering a next gen version at launch and PS5/SX are only relegated to play the last-gen version via BC.
Last edited: Tuesday at 11:13 PM

PS4 version looked pretty good to me considering the hardware. It looks more than playable which is cool.
Reactions: Necrokiller

SolitarySoldier said:
PS4 version looked pretty good to me considering the hardware. It looks more than playable which is cool.
Click to expand...

Not sure if its a day one buy....and which platform to get?
Been stuck in Pakistan since January lol so PC is not here PS5 is stupidity expensive only a ps4 pro so maybe just wait till I can play in RTX on PC or just get the PlayStation version with the future upgrade and update to ps5 in mind?
Also any confirmation of 60 fps on ps5 as of yet?

PS5 (and Series X) will only play the game as good as the PS4 Pro / Xbox One X versions. If those versions run with unlocked frame rate and dynamic resolutions, they will benefit on the nex-gen consoles.

No dedicated patch with options like RT or Performance modes until some time next year. They haven't given a window for when the patch will be released.


Both platforms on display in a preview of a new quest


In a Night City Wire video presentation, CD Projekt Red gave fans of Cyberpunk 2077 a glimpse at the difference between the game on Xbox One X and Xbox Series X, where it is running via backward compatibility. The goal was to make it crystal clear to consumers that the game will be compatible with new and old video game consoles alike when it launches. The Polish company promises an even more impressive upgrade is headed out when the actual next-generation version launches as a free upgrade “sometime in 2021.”

The video highlights several sections of a single, extended quest while clipping out most of the spoilery bits of narrative. It shows the player moving through dimly lit alleys, confronting both friendly and hostile non-player characters, and using every tool in their arsenal to make it through to their objective. You’ll see pistols, shotguns, explosives, and even a futuristic katana in action. 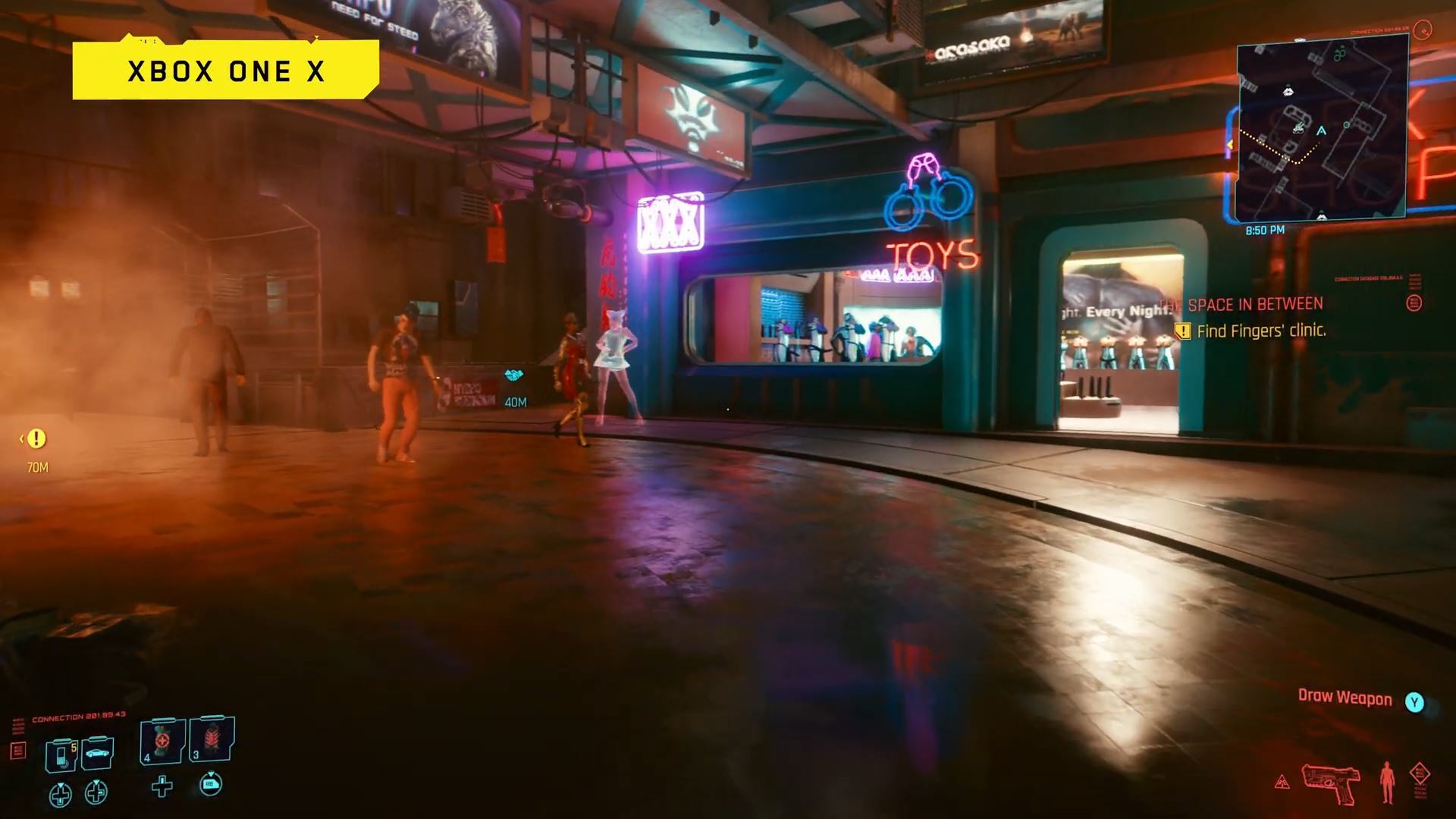 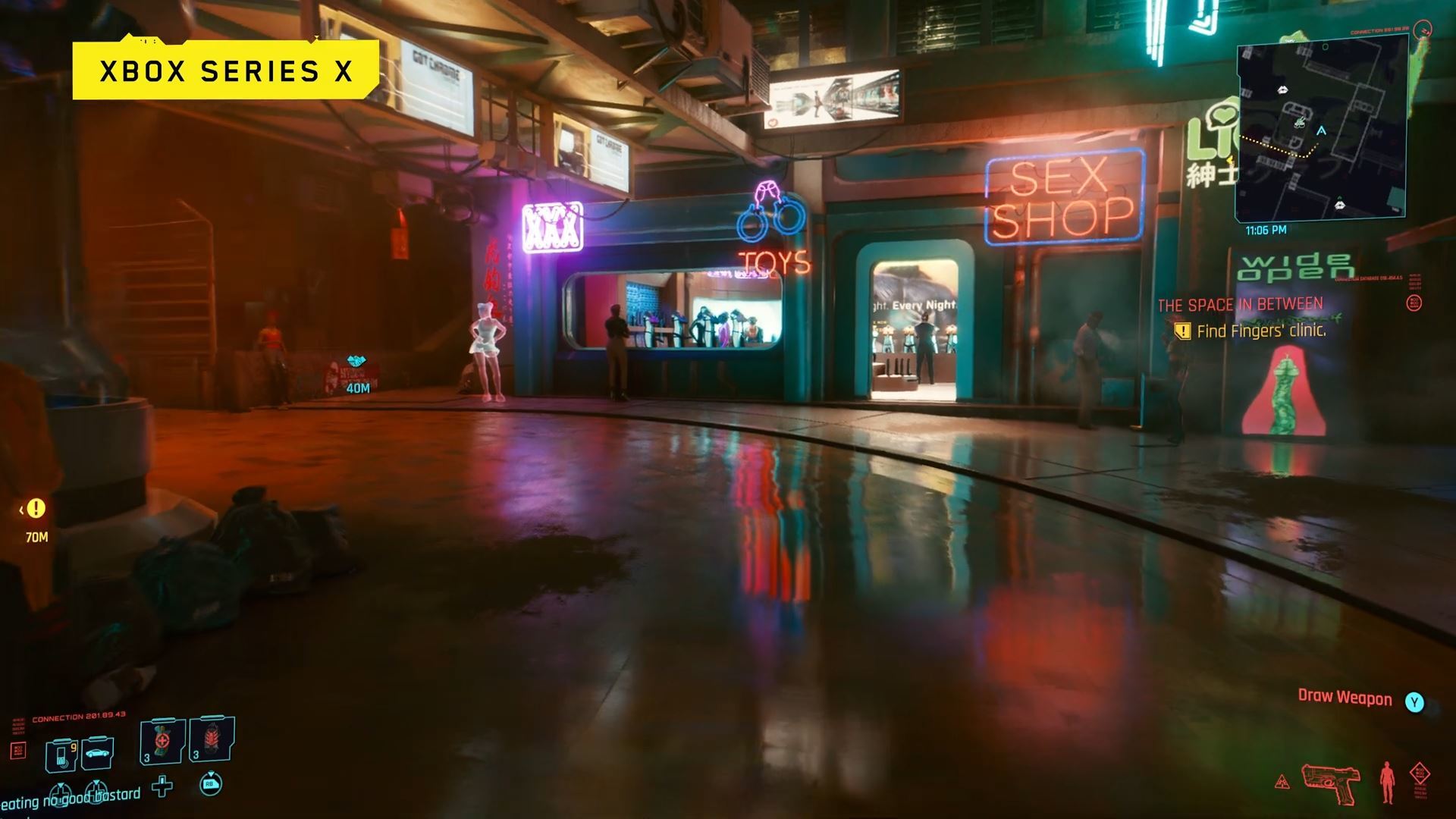 A single sequence showed the same scene side-by-side. The Xbox Series X version clearly shows enhanced reflectivity in the wet puddles on the surface of the street. Given the nature of streaming video, it’s not at all clear how the frame rates or other performance features match up. For example, we don’t know whether the game will run at 60 frames per second on Xbox Series X at launch, or whether that would be something that will change with next year’s update.


“A PlayStation gameplay video is also planned for release,” CD Projekt said in a news release, “with a specific date set to be revealed in the near future via the game’s official channels.”

Cyberpunk 2077 was initially scheduled to be released on April 16, 2020. In January, CD Projekt Red delayed the game to Sept. 17. Around the same time, executives announced that completing it would require a lengthy period of crunch. Later, in June, it was delayed once more until Nov. 19. It’s now set to be released on Dec. 10. 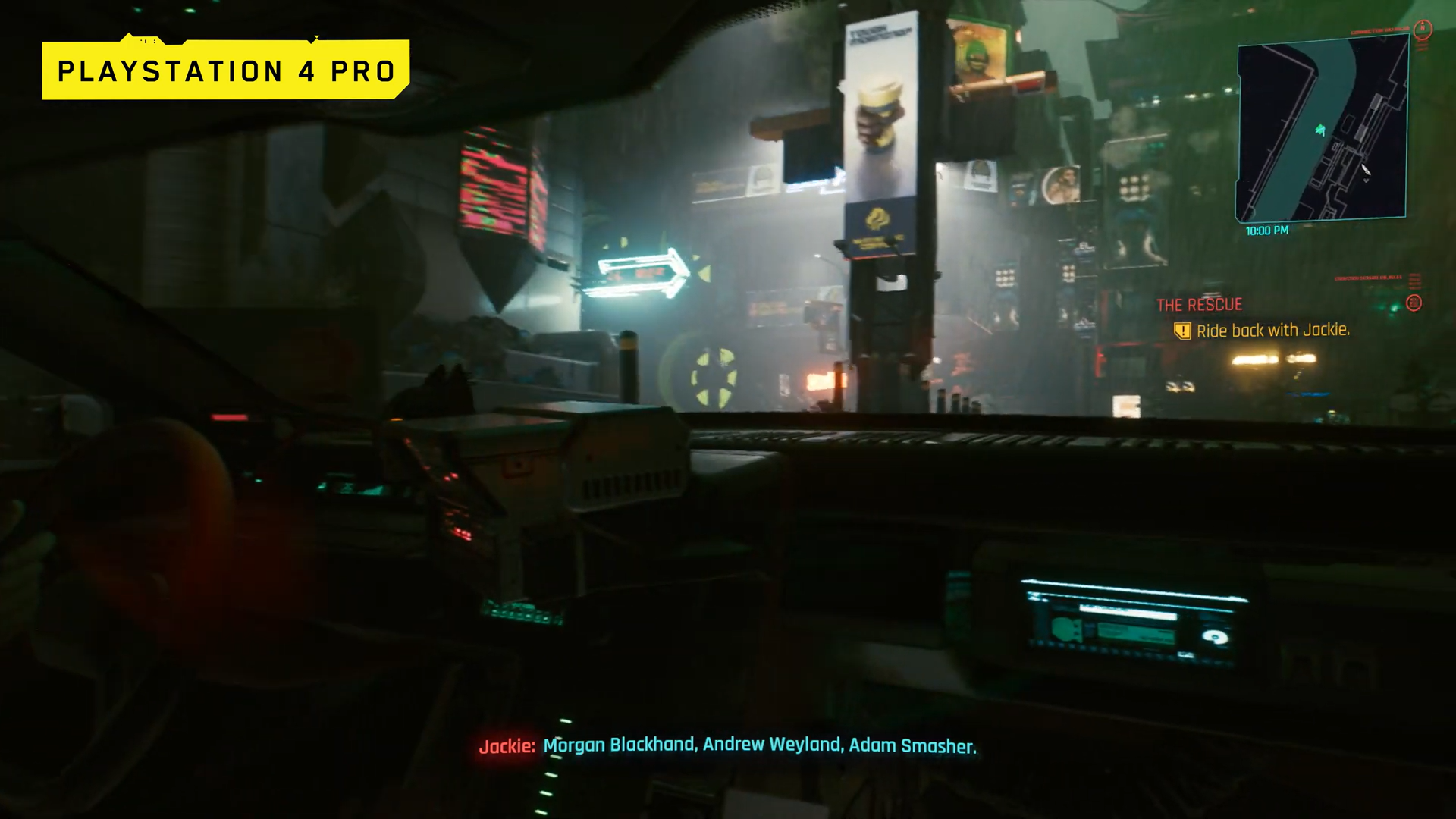 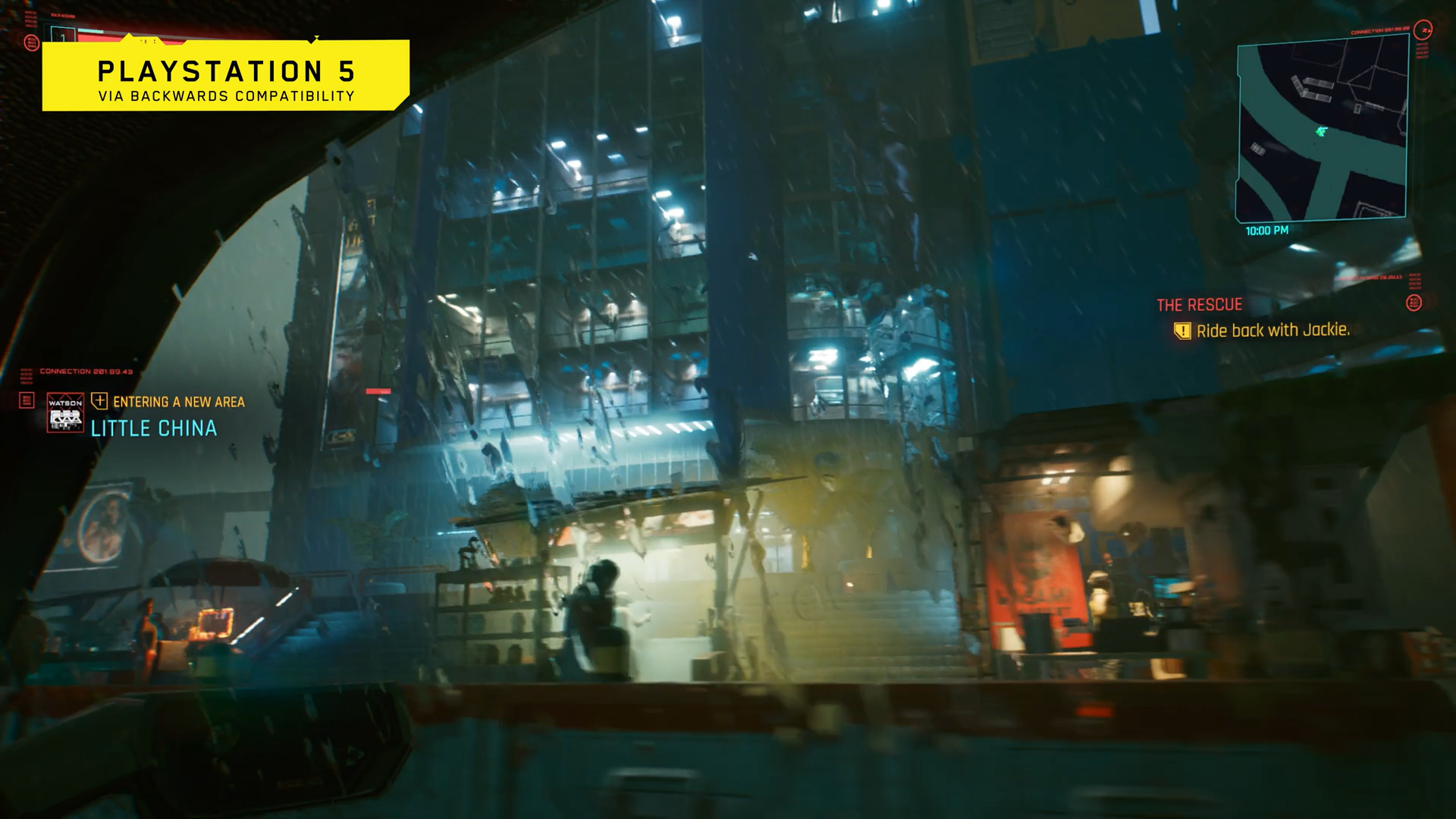 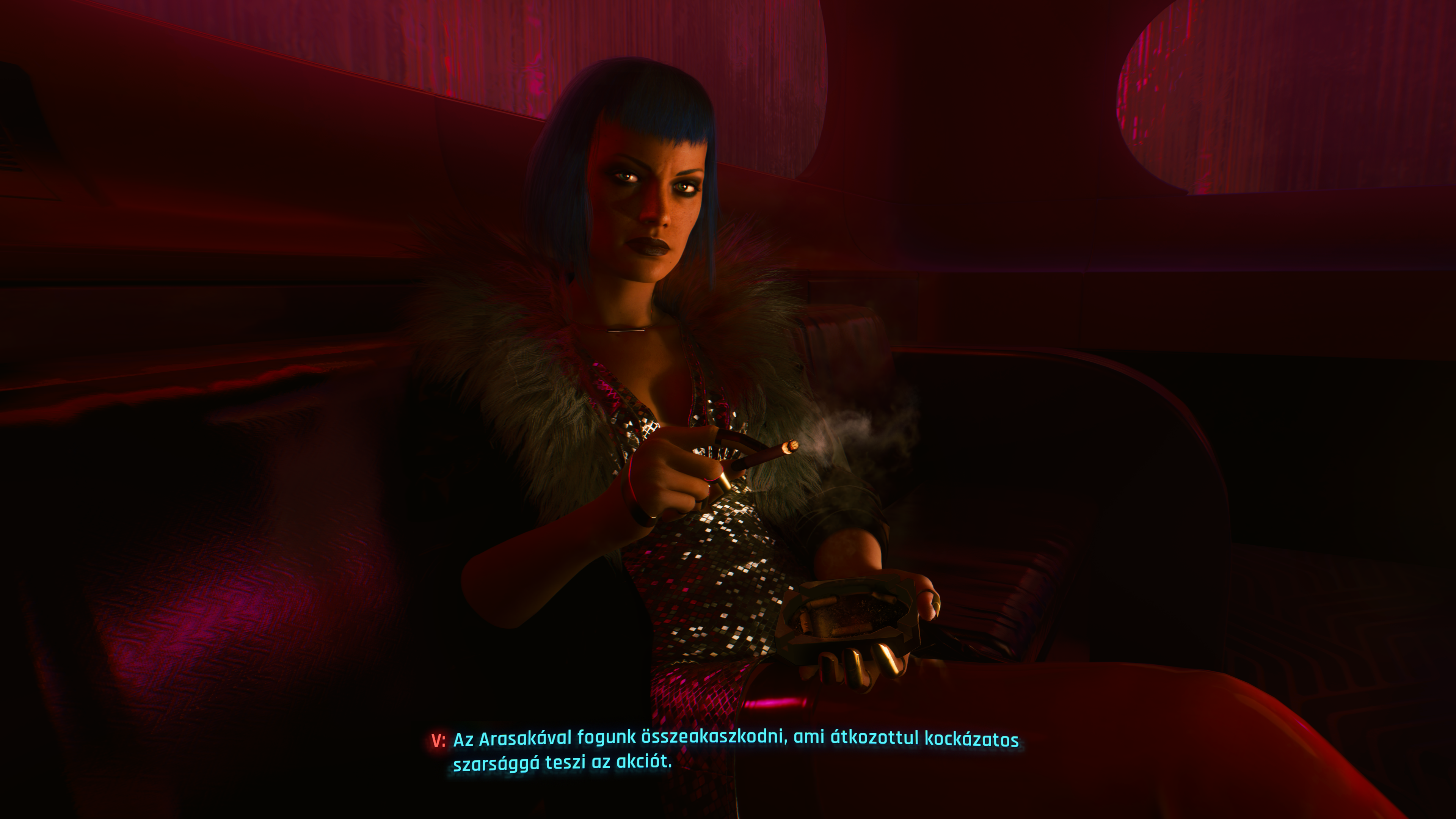 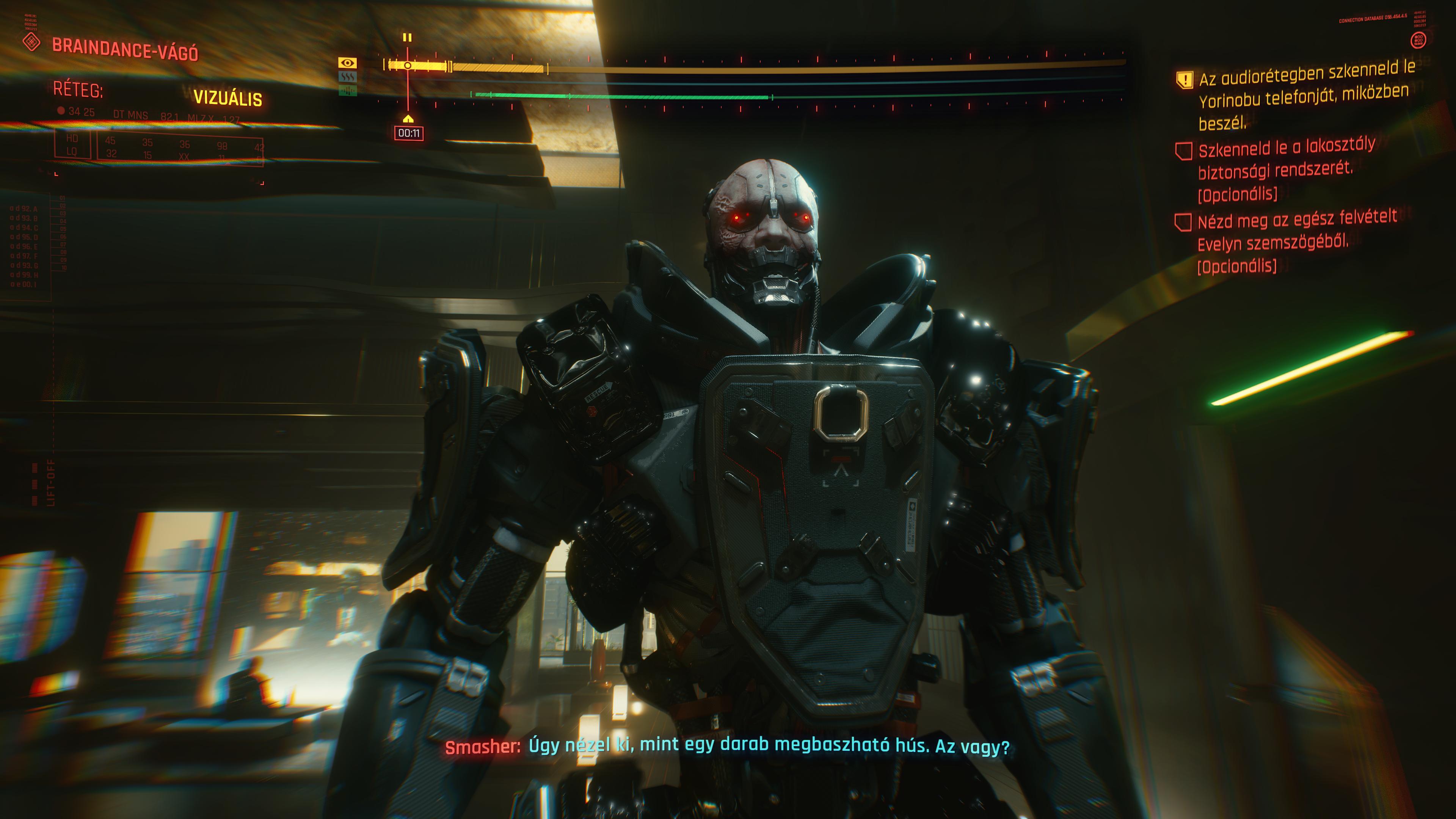