13 Sentinels: Aegis Rim is shaping up to be the most ambitious title Vanillaware has ever made. It’s clearly attempting to tackle a narrative in a way that, I feel, only video games can achieve. I’m very much looking forward to seeing what the rest of this game has to offer because if its first few hours are anything to go by, players are in for one hell of a ride. My hope is that Vanillaware not only delivers an amazing sci-fi story with 13 Sentinels, but also a well-realized plotline that does all of its characters justice. Numerous sensitive themes and topics have already been introduced and I am crossing my fingers that Vanillaware can stick the landing in a thoughtful way. I’m impressed by what I’ve played, yet also somewhat scared because my expectations are so high now.
Click to expand...

Although 13 Sentinels: Aegis Rim has had a lengthy development, this long-awaited game is just around the corner and after checking out the first few hours, the wait is worth it.

How the story unfolds in the opening prologue is, to be frank, initially hard to follow. It bounces from character to character, but luckily, everyone's memorable in their own way. Amidst all that, there are heavily tutorialized RTS battles. The RTS battles so far have been a touch too easy for my taste, but I reckon that the deeper I progress, the more complicated it will get. For now, characters seem to be divided into close-range combat types and long-range combat types, with some boasting defensive actions. The win-loss state for the battles I've stomped across so far lies in ensuring a "terminal"—a big landmark on the city's map—doesn't get destroyed by the invading forces, with wins determined by clearing out all the enemies on the map.

Even with RTS that's lacking in the strategy department so far, the story on the sidelines remains engaging. In its opening hours, it's delivered in a highly nonlinear fashion, with more becoming clear the more characters you get to play as. It hops across not just the year 1985, but beyond that too. It's an enticing mystery that's already left me with a lot of questions.
Click to expand...

After a few hours with Vanillaware's latest, producer Akiyasu Yamamoto tells us more about the 1980s-set mecha vs. kaiju epic.

There's a lot about 13 Sentinels that's likely to just pass over your head in the first few hours--I know it did for me. That's because the game's story isn't chronological. You play through pieces of each of the 13 protagonists' stories and these pieces themselves see some of the characters travel through time, have visions of the future, reminisce about the past, and travel between alternate realities, so some of the events in the small contained pieces aren't even told in the order they happened. It's fairly confusing at first, but after sticking through the three-hour prologue, I found myself invested in more than a few of the protagonists' stories.

And that's likely 13 Sentinels' biggest strength. With 13 characters that each have their own routes, you're bound to like at least one of them. Maybe it will be the high school punk with a heart of gold or the sly teenager who loves to find dirt on her enemies or the World War II soldier seemingly coming to terms with his sexuality. This helped me get through the stories of the characters I wasn't immediately smitten with; at the very least, every protagonist's story crosses into the others. You're likely to learn more about your favorite characters and what happened to them whether you're playing as them or one of the protagonists you don't like as much. The animations of each character are occasionally a little awkward or unrealistic (I laughed out loud at how ridiculous the school nurse walks, you'll know it when you see it) but the voice acting is really good--it really brings life to each character. The preview demo of the prologue only has the Japanese VO with English subtitles (which, frankly, is how I want to play) but there's an English dub coming in a day one patch.
Click to expand...

The real-time strategy game elements at the end of each chapter were far more compelling. It seems like every protagonists' arc will ultimately end with a final battle which the game continues to return to after each adventure game section. Though battles begin extraordinarily simple, they grow in complexity and enjoyment. Each protagonist pilots a different Sentinel (a giant mech) and you use the strengths and weaknesses of each one to battle against the kaiju attacking Japan.
Click to expand...

13 Sentinels: Aegis Rim's Story Is Wild, And I Kinda Like It

Developed by Vanillaware and published by Atlus, 13 Sentinels: Aegis Rim is coming to PS4 on September 20.

Though determining exactly what’s happening is a fool’s errand at this stage, the prologue to 13 Sentinels: Aegis Rim absolutely encourages interest in its proceedings. The story sections feature a side-on view with incredibly good-looking backgrounds, with players exploring the location to investigate clues or talk to other characters, occasionally linking clues or people together via the Thought Cloud menu. The prologue drops in a ton of fascinating threads that are begging to be followed and hints towards items of importance, as well as some curious relationships and histories for each of the characters involved. There’s an interesting cast of distinct characters already, and watching all of their stories come together promises to be gripping viewing. As the English voice acting won’t be available until the day one patch, the prologue voicing was only in Japanese, but the performances are strong, with the same applying to Atlus’ localisation.
Click to expand... 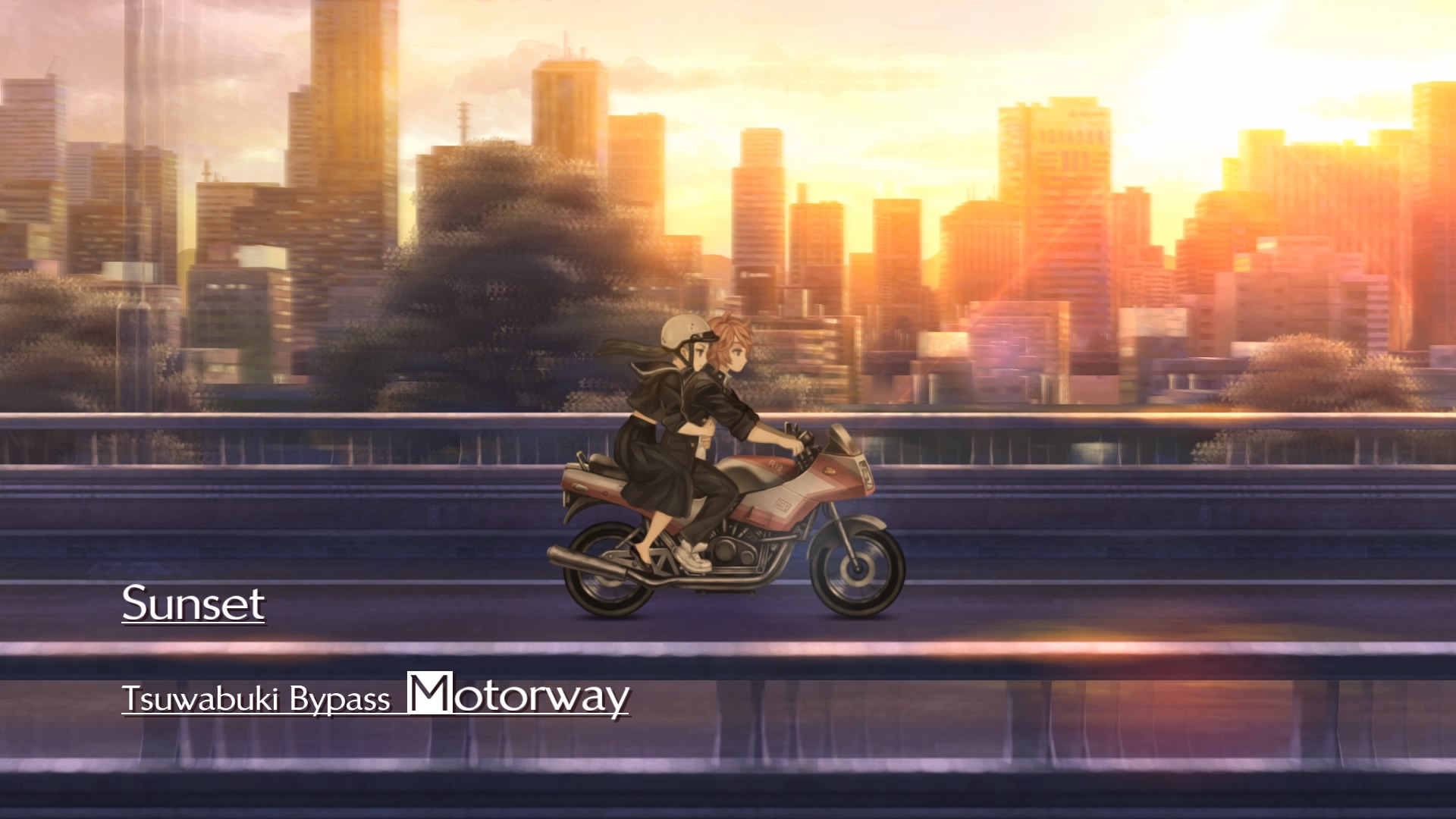 RPGamer has been able to work through the prologue to Vanillaware's 13 Sentinels: Aegis Rim. It absolutely feels like a game worthy of further attention when it launches in September.

It's rare to experience a game that feels truly unique, in an era where anyone can turn any experimental idea into an indie title and sell it on Steam, but 13 Sentinels: Aegis Rim offers one of the most singular and interesting experiences in 2020. The best way to define 13 Sentinels: Aegis Rim is a cross-genre game, as it combines the character-based storytelling of adventure games, with real-time strategy battles that contain turn-based elements, all of which are wrapped up in some of the most gorgeous visuals on the PlayStation 4.
Click to expand... 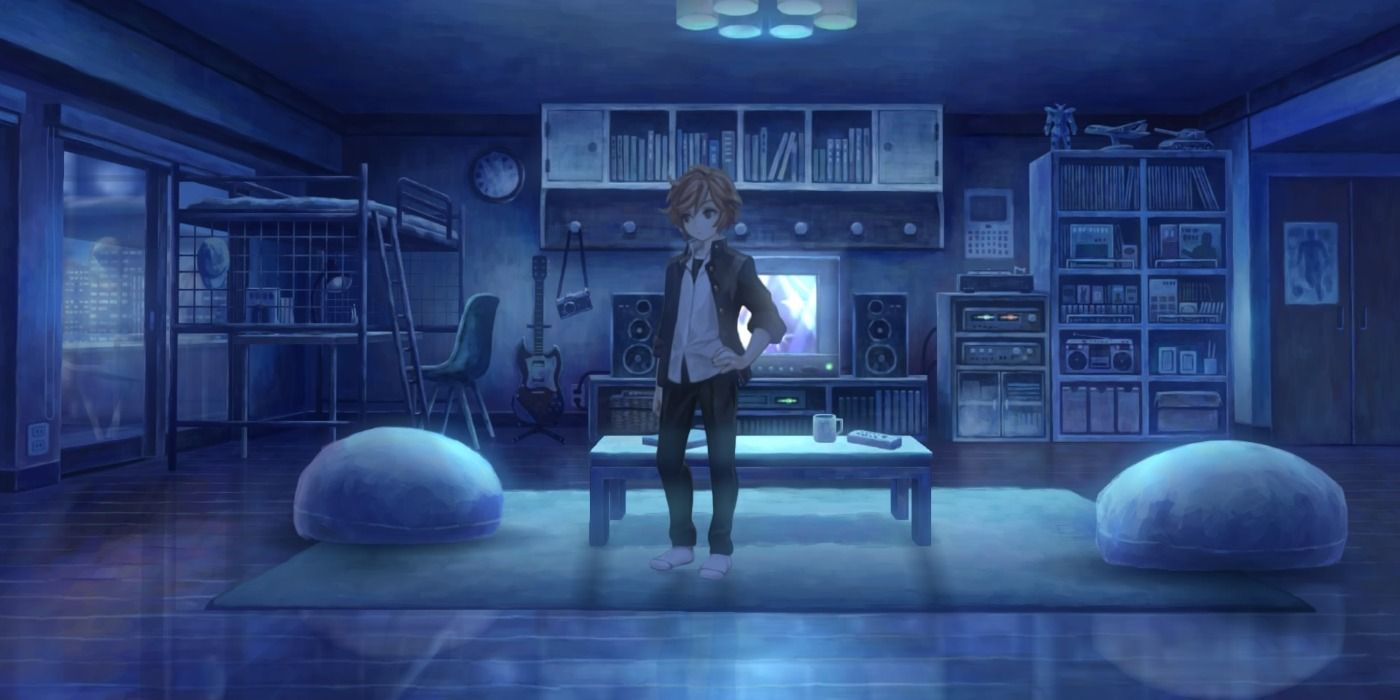 13 Sentinels: Aegis Rim is a unique blend of adventure & strategy.


Excited for this, despite no longer being a fan of turn-based combat.
Last edited: Aug 24, 2020

13 Sentinels: Aegis Rim for PlayStation 4 game reviews & Metacritic score: A departure from the studio's traditional fantasy style, the game takes place in a modern setting punctuated with giant mechs. Although the world may be bleak,...

Preload goes up in a couple of days. Can't wait!

Solid reviews so far, looks to be Vanillaware's best (or one of their best) reviewing games.

I want a cutscene to gameplay ratio for this

There is a lot of reading and watching scenes play out; hours will disproportionately be in favor of witnessing the plot unfold over the “gameplay” segments.

Vanillaware's latest title is an utterly compelling journey and its unconventional structure is an astounding achievement for storytelling in video games that should be celebrated and commemorated.

But other reviews did find the gameplay to be good.

For most of these battles, it's enough to use whatever attacks you have available that kill as many kaiju in one go as possible, and in Vanillaware-typical fashion on normal difficulty an S rank isn't so much a show skill as it is an expectation. The game is at its absolute best later on, when you have to make truly tactical decisions and invest in telling apart the different kaiju to devise a strategy. The battles I came close to losing were the absolute best ones, filled with the din of laser cannon fire, pilots rattling in their pods, shouting words of encouragement at each other.
Click to expand...

Necrokiller said:
This didnt even count towards the score you so proudly took a screenshot of

lol other reviews have also praised the RTS gameplay.

Like any good strategy game, 13 Sentinels gives you as much to think about before the fighting starts as it does on the field.
Click to expand...

If anything, the only downside is that there isn't more. Assembling a squad for each mission and learning the quirks of each Sentinel generation is fun and satisfying. But 13 Sentinels is very much a visual novel with adventure game elements.
Click to expand...

As for the cutscene to gameplay ratio:

Roughly the other half of 13 Sentinels is combat, a real-time strategy setup where you control teams of Sentinel pilots to fend off invading hordes.
Click to expand...

The other half includes both interactive (i.e. being able to move your character) and non-interactive section instances. Will have to look for an all cutscenes video, but that'll have to wait as I'm not going to risk spoiling the story for myself.

As for Eurogamer not being included in the Metascore tally, it's not clear whether that's the case. One one hand, it says:

On the other hand:

I think I'm the only one here waiting on this game. lol

GloriousChicken said:
I think I'm the only one here waiting on this game. lol
Click to expand...

I've had it preordered ever since it went up on the PS Store.

CerebralTiger said:
I've had it preordered ever since it went up on the PS Store.
Click to expand...

Metascore has dropped to 86.

13 Sentinels: Aegis Rim for PlayStation 4 game reviews & Metacritic score: A departure from the studio's traditional fantasy style, the game takes place in a modern setting punctuated with giant mechs. Although the world may be bleak,...

Major Aly: It will go multi cuz Kojima is a lota. It would have no involvement from Kojima, Konami owns... 19 minutes ago
Chat 0
Top Bottom