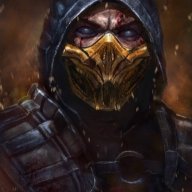 GloriousChicken: yeah, so its only a matter of which of those couriers handle your packages with respect in each... Today at 8:32 PM
Chat 0
Top Bottom